A recent discussion over on the Kirby weblog reminded me of something I've always been abnormally curious about, all out of proportion to its actual importance. That is comic book creators getting a credit on the cover of a comic in the days before such credits were standard. I mean credits going beyond the artist signing the artwork on the cover, and not including credits from comic books adapted from comic strips (like Bud Fisher's credit on MUTT AND JEFF), where frequently the credited artist didn't actually draw the book anyway.

The first example I can find is Simon&Kirby on ADVENTURE COMICS #80 in 1942, for their Sandman feature, about a year after they started at DC. The credit ran for four issues.

The next creator getting a cover credit I can find is Walt Kelly, on many of his one-shots for Dell FOUR COLOR starting in 1945, #90 being the first I've seen, and continuing on his POGO one-shots and comics.

S&K got a credit again after the war when they launched some books at Harvey in 1946, BOY EXPLORERS and STUNTMAN. The books didn't last long thanks to the post-war crash in the comics industry. 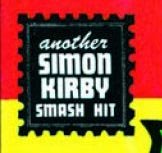 While they had a lot of prominent interior credits on their Prize romance and horror books, I don't think their credit appeared on the covers. When they launched their own company, Mainline, there was still no mention of them on the covers for the first few issues, but just before the company went out of business in another industry collapse the S&K stamp did show up on their covers. 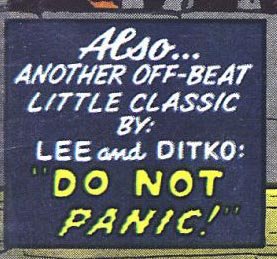 The first Marvel book I've found with a cover credit is this one from STRANGE TALES #95 in 1962. There are three other Marvel books in a short period with similar blurbs for the Lee-Ditko stories. 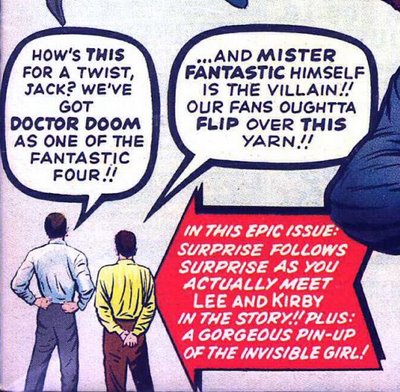 January 1963 saw one of the most interesting credits ever, plus I think the only time Kirby got his name on the cover of one of his FF issues. 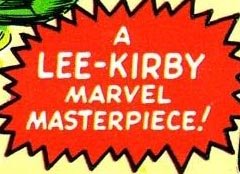 There only seem to be a handful of other cover credits on early 1960s Marvel, such as this one on TALES TO ASTONISH #50. Other examples are on X-MEN #3 (Lee-Kirby) and TALES OF SUSPENSE #47 (Lee, Ditko & Heck). 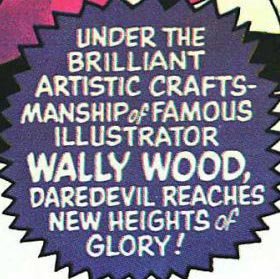 Wallace Wood got one of the most glowing credits ever on DAREDEVIL #5, his debut issue on his brief run in 1964. He also got a mention when he started inking Don Heck on AVENGERS in 1965, probably the first time an inker got a cover credit. 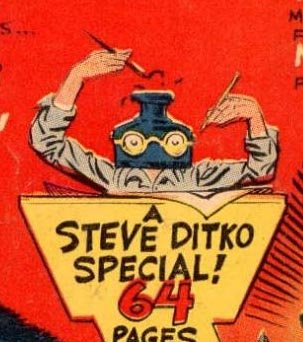 Here's another oddball favourite, from Charlton's FANTASTIC GIANTS #24 in 1966.

The first DC books with creators mentioned on the covers since the old S&K credits I've found are on issues of DC SPECIAL in 1968 and 1969, when they had issues spotlighting reprints by Carmine Infantino (#1) and Joe Kubert (#5).

The floodgates opened at DC in 1970, when, following several months of ads promising "Kirby is Coming", several covers proclaimed...

Kirby was mentioned on about two dozen DC covers in next five years (including the greatest credit of all time, up at the top of this post), if you include the Simon & Kirby credits on some of the reprint books.

I'll continue this later, with more credits in the 1970s (including a lot from Kirby's return to Marvel, some more random Ditko credits, a surprising pair of Steve Gerber credits and more). In the long run I want to put up a gallery of every mainstream comic (and maybe choice undergrounds/indies) from before 1980 to credit a creator on the cover, so feel free to comment with any I might have missed.