Thankfully with the strike at the Toronto Public Library system resolved this past week, I got to go pick up some stuff I had on hold. One of them was something I stumbled on in the catalog a few weeks ago, a Chinese language book by J.M. DeMatteis called 穿越魔法地 or "Chuan yue mo fa di". I just realized today I could use Google to translate that as "Through the Magic Land", which probably would have led me to realize even sooner that it was a translation of the first ABADAZAD prose/comic hybrid book by J.M. DeMatteis and Mike Ploog.  Here it is with the English hardcover version (the Chinese one is a softcover). 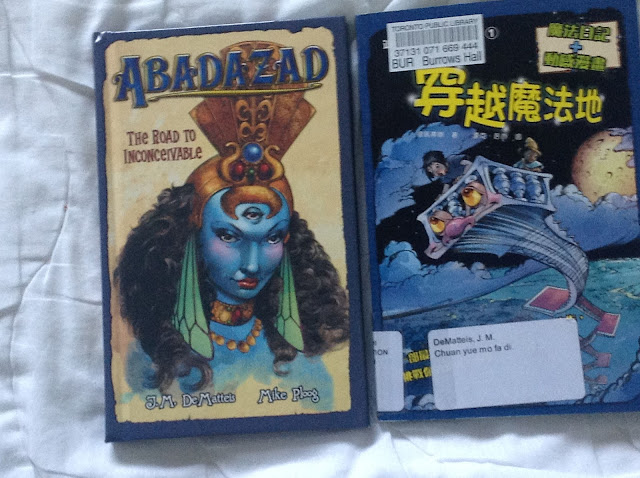 I've written about my affection for the sadly incomplete tales of ABADAZAD before (Book 1, Book 2, Book 3), and I have to say it's kind of trippy to see it in such an exotic looking edition. 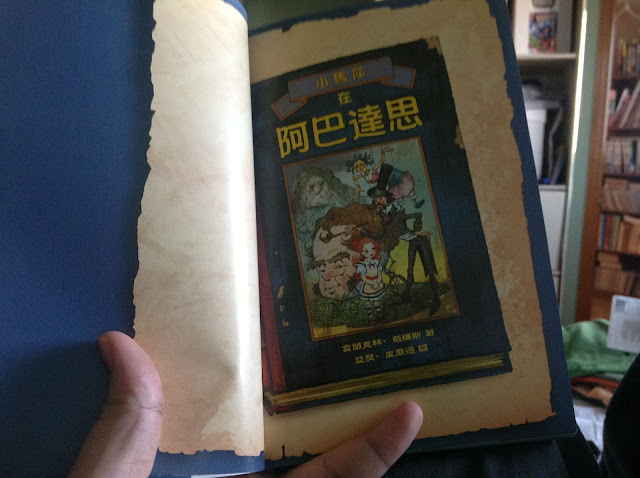 About the only part of it I can read is in the back, where for some reason they include a few words of English in the bios of the creators, so I get a few things like "Eisner Award". 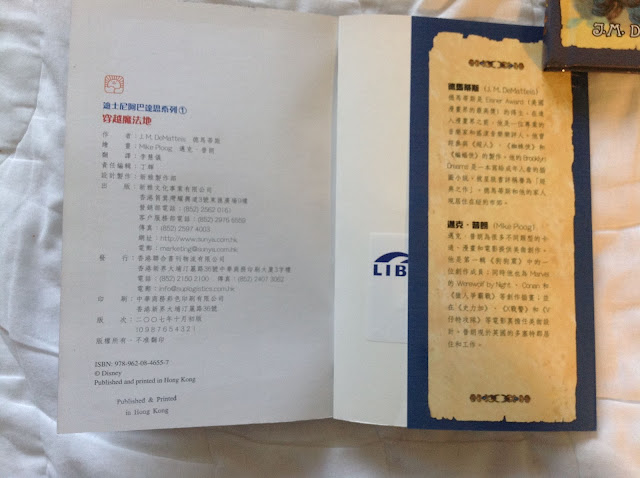 Anyway, thought I'd take a few photos of it for my own amusement and thought some people might enjoy it.  By the way, ABADAZAD fans might want to check out an upcoming book THE ADVENTURES OF AUGUSTA WIND by DeMatteis and Vassilis Gogtzilas, which sounds like it'll appeal to the same sensibilities.

--
Update, some googling around of the ISBN led to these clearer copies of the cover for this and for the second book. 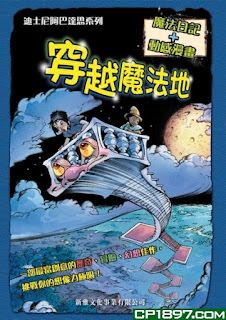 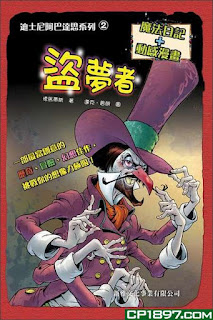