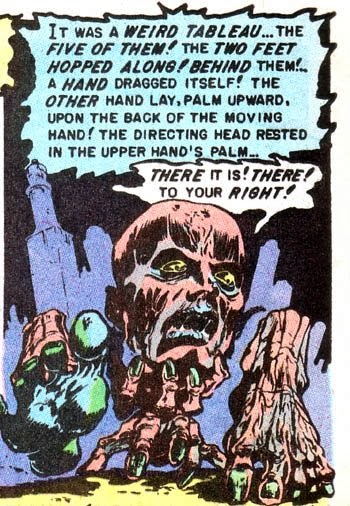 The Old Witch introduces this story with some comments about the other hosts stealing her "Grim Fairy Tale" idea, as well as her editors complaining about rival publishers. Going to the main story, it starts right off with the walking dead body confronting its murderer. We then get the backstory about three men throwing a fourth off a train some time earlier in order to get his insurance money. The train cut off his head and hands and feet, which weren't found at the scene. What was left was enough for the insurance claim, but then the other body parts return, steal the body of a mannequin and get their revenge on the killers.

Of course, that's not the end. After getting revenge the body parts abandon their makeshift body and make their way to the cemetery to dig up the grave where the body is buried and reunite in a touching scene.

Some great Ingels art in this one, with very tight, almost claustrophobic layouts. The last page, with the body parts moving on their own, making their way to the grave and digging, is one of my favourite bits in any horror comic, as well as being an obvious influence on a lot of the 1970s artists who came after Ingels, one very directly.
No comments: 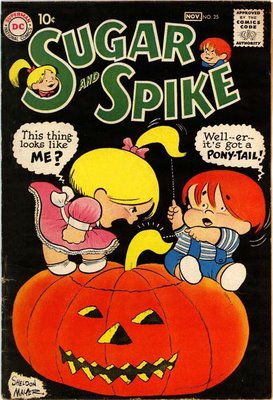