Pleasant surprise, Archaia is reprinting the Fraggle Rock comics done by Marie Severin and Stan Kay for Marvel in the 1980s, and at a very reasonable $10 for four issues.  I wrote about one of the included issues here long ago, and as you can see there Severin really did a bang-up job on the artwork, which will be good to see with better printing than 80s Marvel offered.  Hopefully there'll be a second volume soon (which would wrap up the 8 issue series), as those later issues are significantly harder to find and pricey. 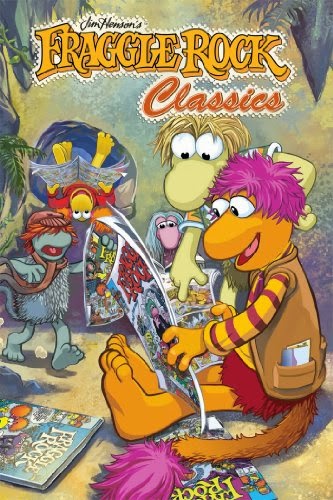 Fraggle Rock Classics Vol. 01 SC
(Writer) Stan Kay (Artist) Marie Severin
Archaia Entertainment and The Jim Henson Company are proud to present a new reprinting of the original Fraggle Rock comic book series, which first debuted in 1985. Look back into the history of your favorite Fraggles with stories such as The Magic Time Machine, The Trouble With Being #1, The Monster That Could Be Anything and The Doozer Who Wanted to Be a Fraggle. Digitally remastered and beautifully bound in softcover for a new generation of Fraggle Rock fans, this series will make you want to dance your cares away-80s style!
No comments:

Imagine how depressing it is now...

Cartoon by Charles Schulz from forty years ago, of course.
No comments:

I'm not one for buying comic book based statuary, but I have to say that I'm tempted by this item coming out early next year.  Not $90 tempted, but close... 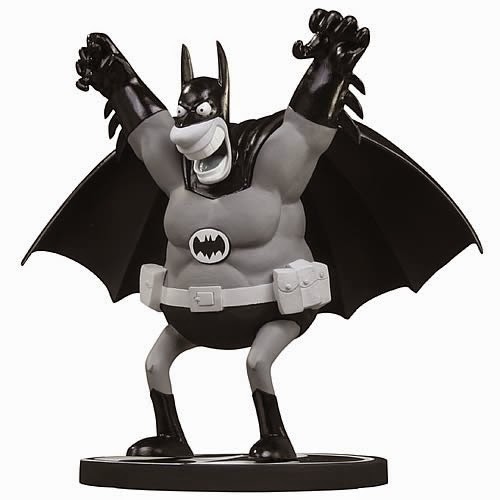 There's something to strike fear in the hearts of the superstitious and cowardly. That's a statue of the Bill Finger and Bob Kane creation Batman based on the work of Sergio Aragones, for those not familiar with the character or the artist.

This ain't too bad, neither: 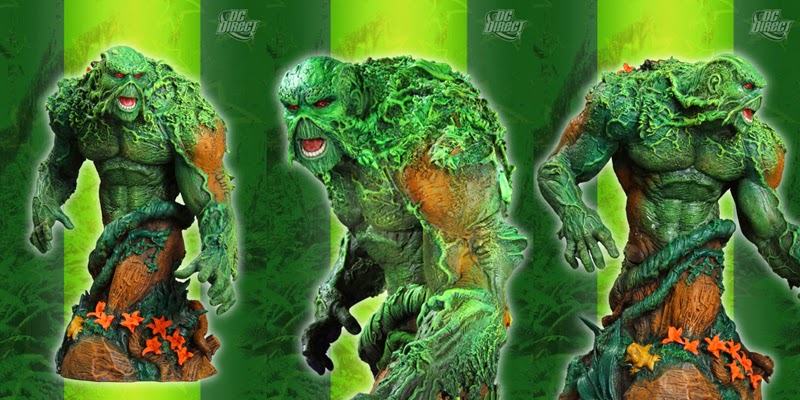 Again, not $75 of interest, but not a bad rendition of the Len Wein / Bernie Wrightson creation Swamp Thing, based on the artwork of Gary Frank, who I don't think has any history with the character yet (but with recent publishing news that might change), but is a solid artist.  I sometimes regret not getting the earlier Swamp Thing statue based on Michael Zulli's painting of the character.
1 comment:

A reminder from a possum 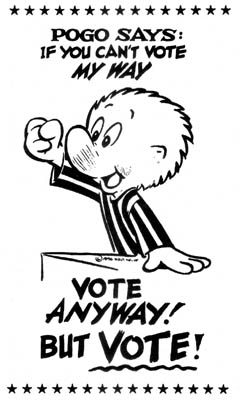 A timely reminder to any fellow Canadians who may be reading this, Election Day is today. Unfortunately no Pogo on the ballot, and though I'm not sure I can entirely agree with the sentiment of the poster if you're planning to vote Conservative or some fool thing, high turnout is always good.