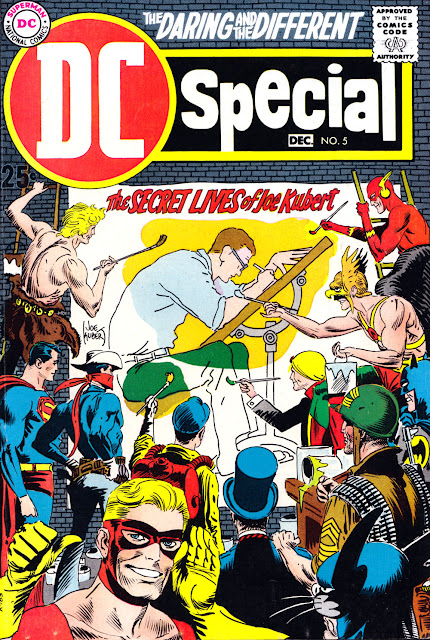 Sad to have to note the passing of Joe Kubert at age 85. Definitely one of the greats of comics on several levels. The art itself is paramount, of course, but he was almost as important as a teacher, with the long list of amazing artists who passed through his school. 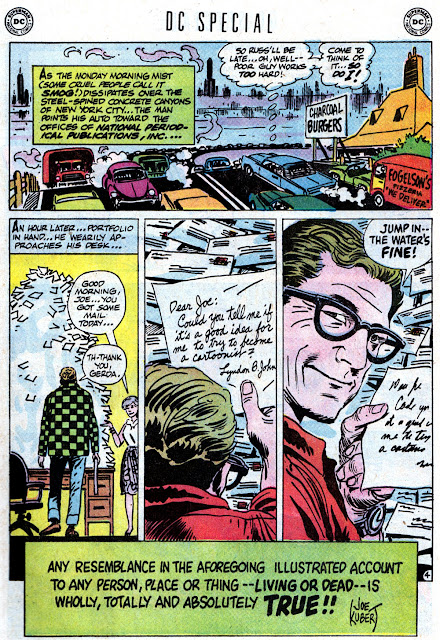 The last page of a four page autobiographical story from that issue, with his advice to aspiring cartoonists a nice little precursor to the second career he later started as a teacher. 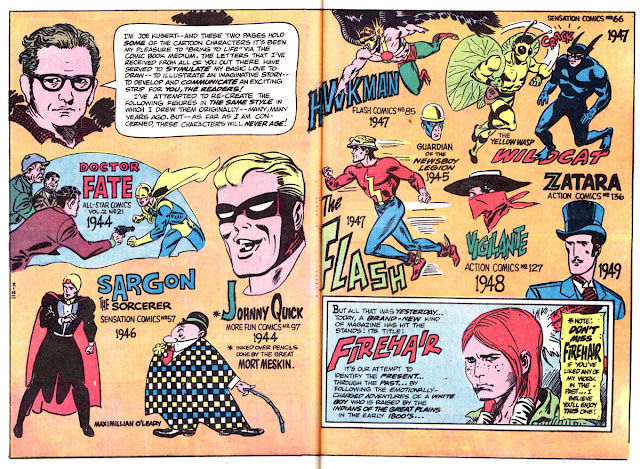 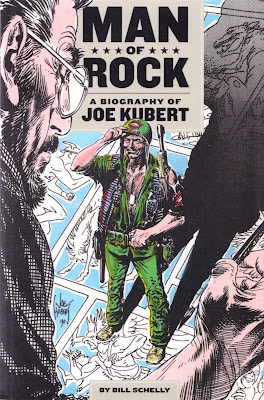 You could write a book about Kubert's long career, but fortunately someone more qualified already did, Bill Schelly and JOE KUBERT - MAN OF ROCK [2008]. More recently, Schelly also edited THE ART OF JOE KUBERT [2011].

Check here for a list of over 1200 cover credits by Kubert (and that's not even all of them), click on any one of them for an illustration by a true legend.