In Ditko's world, sometimes justice takes the form of a kick to the face... 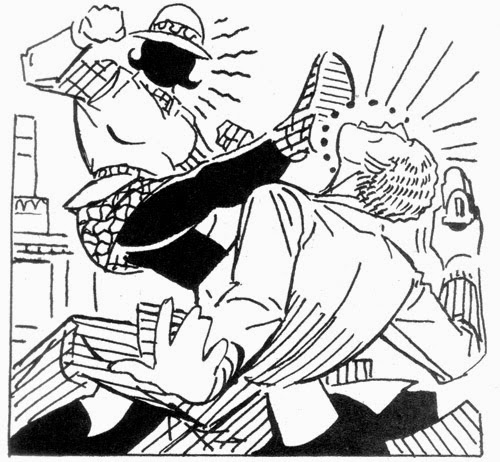 From Steve Ditko's latest, DITKO PRESENTS, now available if you give your consent to an exchange of your honestly earned $ for his honestly produced comics.
No comments: 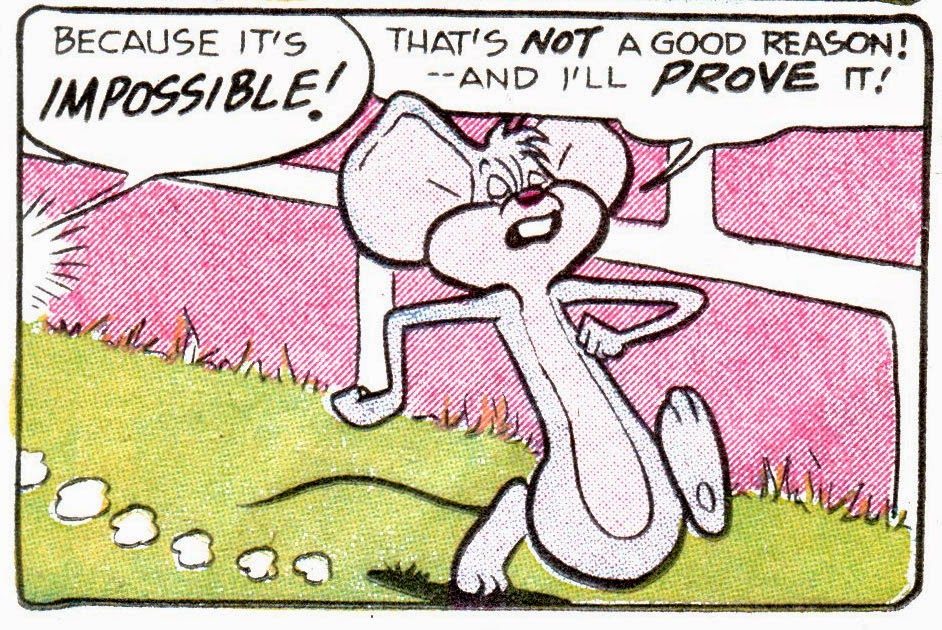 Today we have Patsy, the oft-maligned middle member of Sheldon Mayer's Three Mouseketeers.
No comments: 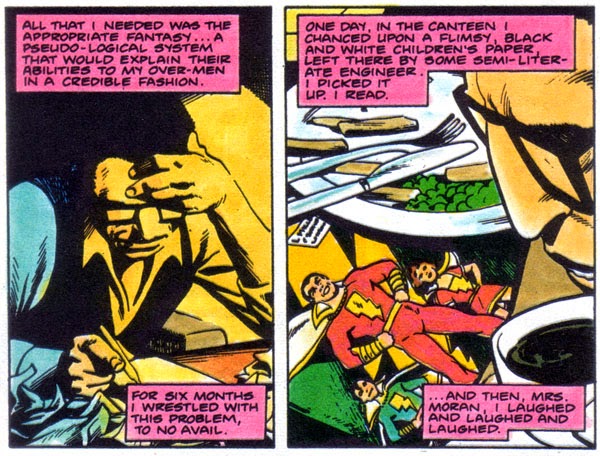 Was leafing through my old issues of MIRACLEMAN with the current news, and was always amused by this panel.

I wonder if I start re-reading them now, one issue a month, if I'll be done by the time all the legal issues are resolved, and everyone's schedule matches up to finally get the story continuing to #25 and beyond...
No comments:

So, apparently Marvel Comics has announced that they've either purchased or licensed [edit: purchased outright, it seems] Mick Anglo's rights to Marvelman, and will be bringing him back (under that name) in the future, with reprints and new stories. The article mentions that Mark Buckingham was in attendance at the announcement, which is a good sign that the new stories would be done the right way.

So I guess that's okay. Marvel's not the ideal publisher, other than clearing a potential obstacle on using the original name, but there's a chance that they'll be hands-off.
No comments:

Well, evening, since I apparently can't read a calendar... 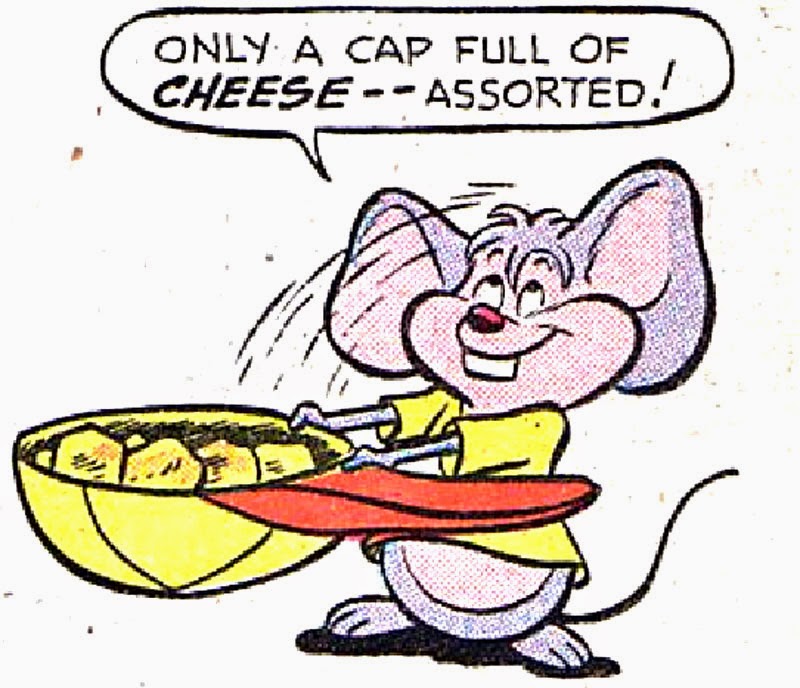 Minus, greatest of the Three Mouseketeers, always prepared.

Art by Sheldon Mayer.
No comments:

I'm not a religious man, but I think if someone had used something like this to sell God to me when I was nine years old... 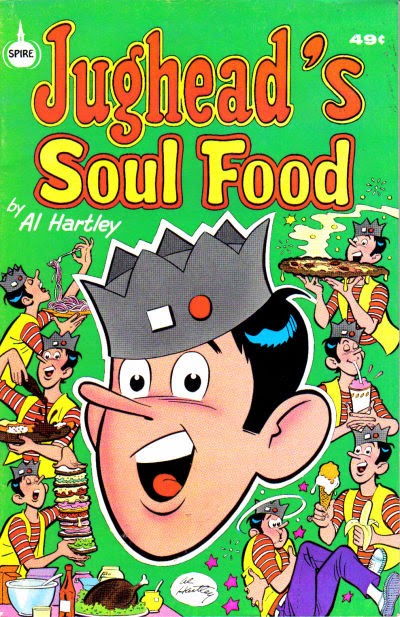 I'd have bought into it hook, line and sinker.
No comments:

Donna Barr has been re-presenting THE DESERT PEACH as a daily webcomic, starting from the beginning, and also offering new print-on-demand editions of the early issues as she goes along, as well as high resolution digital editions. First issue starts over here, latest page over here. A great series, I've been re-reading it lately as I finally got the few issues I was missing, either in print or from here, and it's as good as ever.  Added bonus in the new on-line presentation, Barr has some commentary on every page, which sometimes expands or the origin or evolution of the characters and concepts.
No comments: 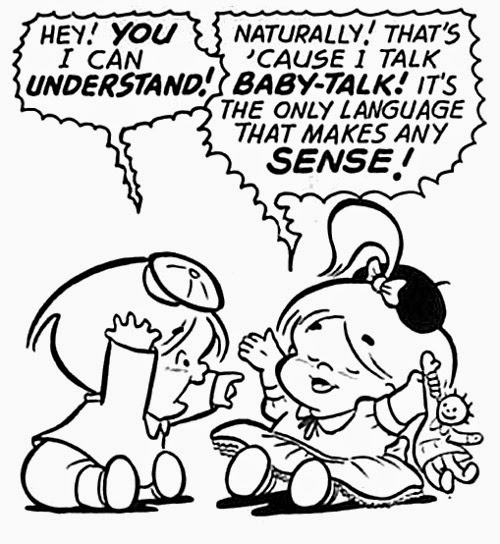 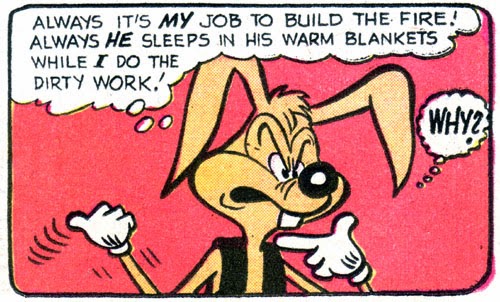 Hey, it was the fifties, they didn't know any better (and the art is nice)

So, back in the 1950s, not only did Marvel do a 46-issue series devoted to dumb blonde jokes: 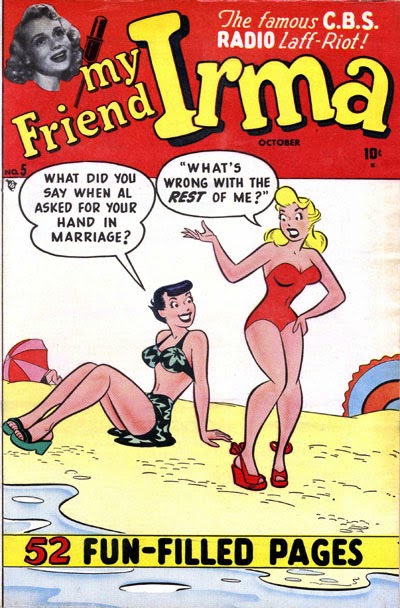 (based on the radio show MY FRIEND IRMA, which also led to the movie of the name that first teamed Dean Martin and Jerry Lewis, who got their own series from DC not long after)

But right after it was cancelled they went right on with an 11-issue series which is pretty much the same thing with the serial numbers filed off: 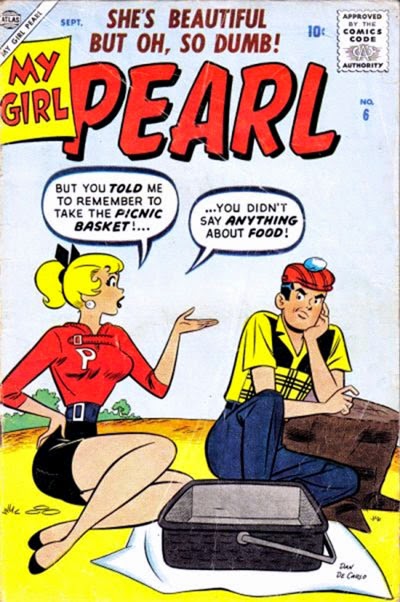 No real point, I just enjoy the Dan DeCarlo artwork.
No comments:

There's something a bit creepy about a lot of early BETTY AND VERONICA covers, like this one from #4, 1951, but I guess that's what you get when mostly middle aged men try to write about and for teenage girls. Add in the art, which is before the house-style that I think of when I think Archie was quite nailed down. 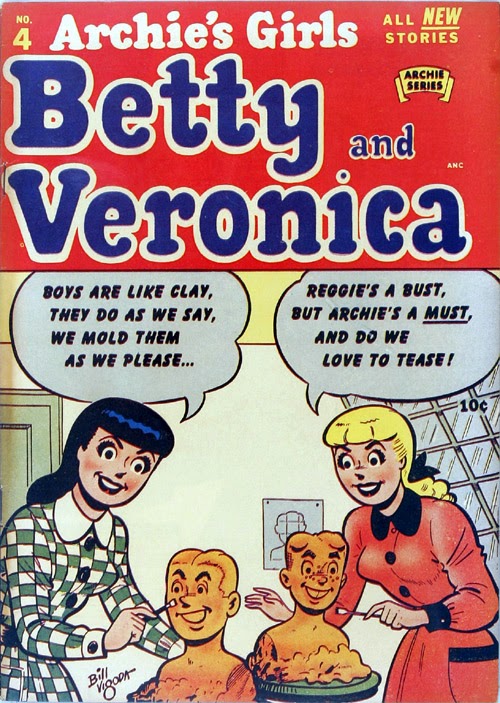 Back to posting something except old covers soon...
No comments:

You'd think wholesome old Captain Marvel wouldn't get in situations like this... 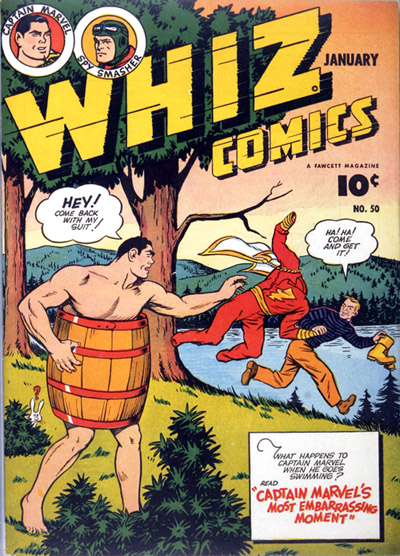 And now find I can't live without. 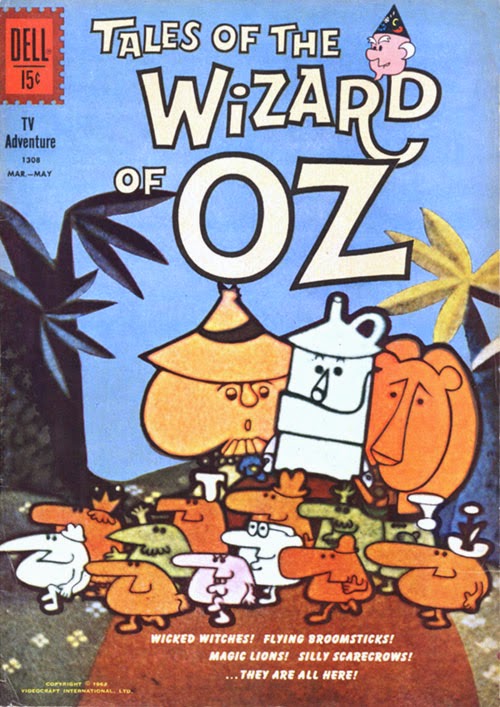 Actually, looks like it would be pretty pricey even if I could find a copy, so I guess I'll have to live just fine without it. Still, seeing that cover sure did dig up some memories. What a weird little cartoon. Must be over 25 years since I've seen it, but I could still remember the theme song and the voices.

Not available on home video, apparently, or showing on any channel I get, but not surprisingly you can see a bunch of them on the UTube.