Because I haven't posted anything in a while... 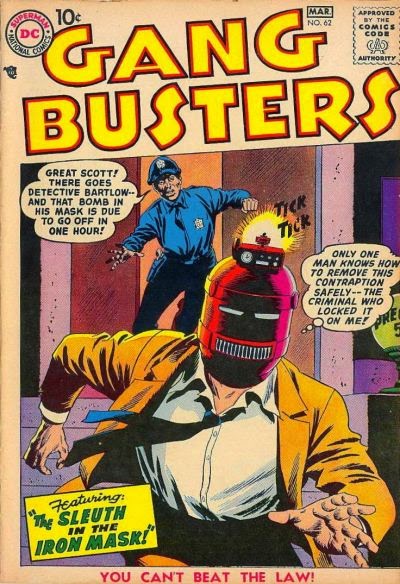 That's what Mr. A says 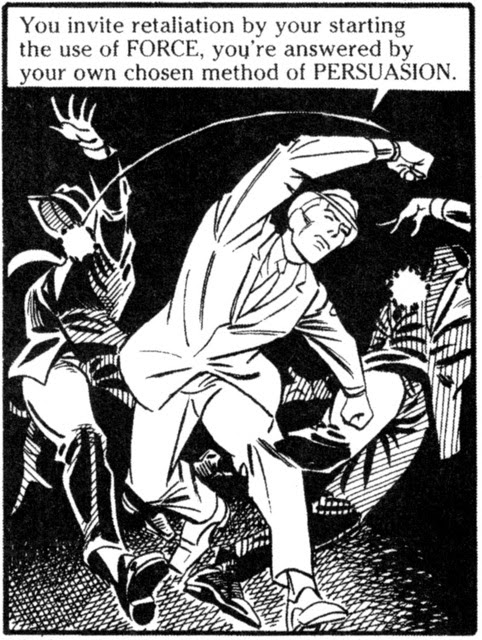 If his words don't convince you, his fists will do the talking

(this is an old post which for some inexplicable reason gets a lot of hits this time of year, so I figured I might as well bring it up front, update it slightly and add some scans that emphasize Los Muertos) 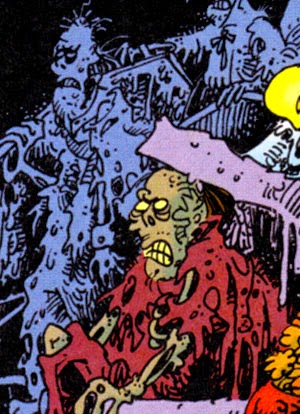 The whole Groo crew (Sergio Aragones, Mark Evanier, Stan Sakai and Tom Luth) took some time between Groo mini-series in 1998 to do this one-shot special about the Mexican "Day of the Dead". It has a bit of an odd structure, beginning with Aragones narrating the story directly to the readers during a trip to Mexico, where he's having trouble getting a hotel room. He spends a few pages giving us the background of the traditions surrounding the Day.

After that he comes across some American tourists looking for a genuine Mexican experience, unlike all those places overrun with American tourists. For the price of some drinks he tells them the story of San Pascual, an unspoiled Mexican village which was found by a film crew looking for some footage. The film crew winds up attacked by zombies who cause their truck to crash for disturbing their slumber, but their footage survives and catches the attention of an American businessman who decides that a "Day of the Dead" is just what he needs for his struggling theme park. So he buys the village, cemetery and all, and moves it to the grounds of his park in the US.

That has the usual consequences moving dead bodies has in horror comics, especially bodies that already have a history of coming back as zombies. And then Aragones wraps up the story with an unexpected callback to the first scene. 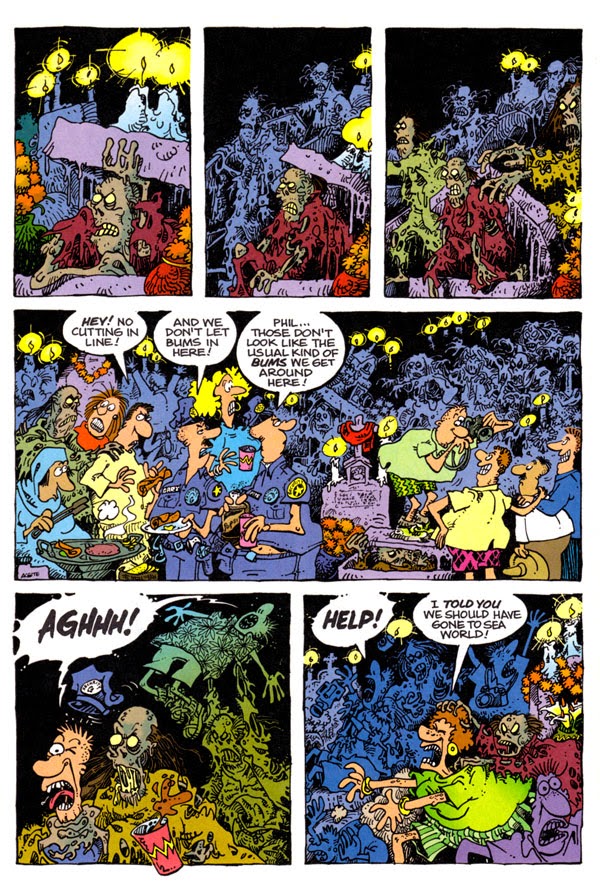 This is one of my favourite of the non-Groo books done by the Groo crew, and is well worth picking up. I thought having Aragones as the narrator worked out pretty well, as he's a pretty colourful character with more personality than most horror comics hosts. I'm looking forward to the latest Groo series by the team (The Hogs of Hordor), and the reprints of the oldest Groo material in some big fat editions (The Groo Treasury v1), but I wouldn't mind seeing the occasional Groo-free project by them as well.
No comments: