And of course, "Biblical scholar Linus" is always a treat: 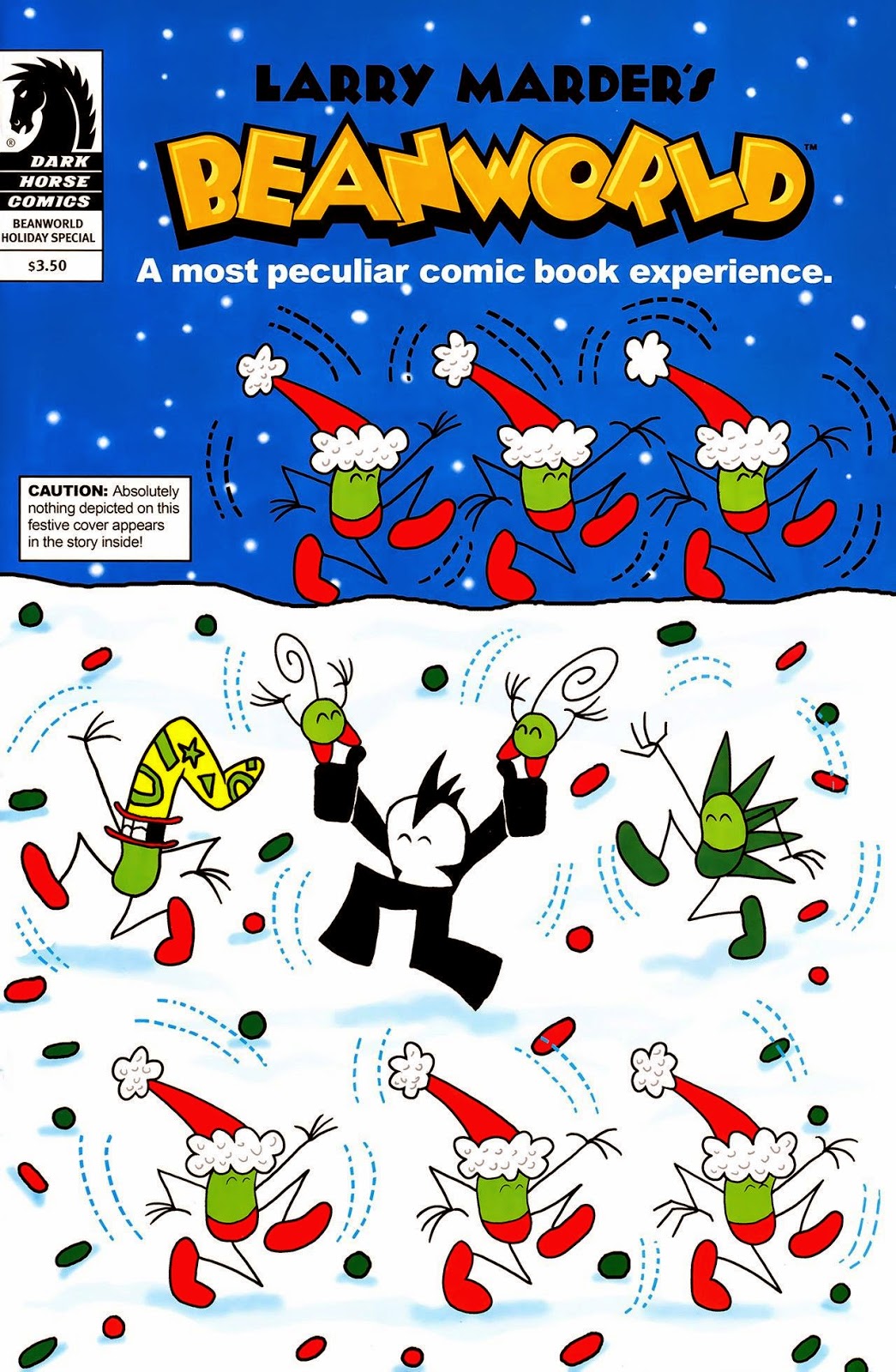 Well, this makes it a good year...

It shouldn't come as too much of a surprise to anyone familiar with the series that I'm a big fan of Larry Marder's TALES OF THE BEANWORLD. If the name of this weblog wasn't clue enough, the link on the sidebar should seal the case.

So of course I'm very excited to see Marder's creation land a comprehensive publishing deal with Dark Horse, which has already seen a new online short story a few months ago, and will see two hardcover reprints of the original series next year followed shortly by an all-new graphic novel.

But what we get right now is the BEANWORLD HOLIDAY SPECIAL, featuring a new 20-page story "Every Cutie Deserves A Toy!", which fills in a gap just before the last regular issue of the series, #21 back in 1993. It's a great little story for those who know the series well, pretty much seamlessly fitting in with the old stuff in how it builds on past events and gives some hints about where the story is going in the future (with the added comfort of knowing that barring acts of fate a fair chunk of that future should be in front of our eyes within a year). This one has already sent me back to reading several of those older stories, which as always prove to be better with each new reading. I'm sure huge chunks of it will be perplexing to someone not familiar with the series, but that's kind of the point. I came in at a random issue almost two decades ago, and while I didn't understand everything between those covers, I did get enough out of it to know I wanted to read more, and I can see quite a few similar things in this book that I'm sure if a new reader has the inclination to enjoy the series, this will make them go out and pick up the upcoming books, or pick up various back issues if they can't wait.

I should mention, I guess, that most of the series has been black and white to this point, and will be again in the future, while this special is in colour. For the most part I liked the look, wisely sticking to strong solid colours as opposed to the excessive modelling used in an unfortunate earlier attempt at colouring the stories. While I'm glad the future of Beanworld is black and white, I wouldn't object at all if I was told it would be in colours like this, which is something I never thought I'd say.

I'll have a lot more to say about this story, but I'll save that for Gunk'l'dunk and over here.
No comments:

I do like how easy the new large (but not complete) archive of Peanuts strips makes finding these (just click on either one and change the year on the URL).