Here's an interview from COMIC BOOK ARTIST #7 from a few years ago, focusing on his Marvel years but touching on the other stuff as well, with some nice artwork.

The first place I'd have seen Mooney's art is probably when he was one of the main artists on various Spider-Man titles in the early 1980s, usually as the inker or finisher over a variety of artists, bringing a consistency to the line. Later on I became familiar with his earlier stuff through some back issues and reprints, including his long run as the artist on Supergirl's solo feature in the 1960s and other work on features like Tommy Tomorrow and Robin and Dial H For Hero. By the time 1990 rolled around, I normally wouldn't have been interested in a comic based on the Superboy TV show of the era, but the fact that it was drawn by Mooney and Ty Templeton was enough. Later on in his retirement years I enjoyed his run inking Claypool's SOULSEARCHERS AND COMPANY over various artists, especially his work with Dave Cockrum.

More recently I've been picking up some of the recent reprints of his work, like the SHOWCASE PRESENTS SUPERGIRL volume and some Marvel books of the 1970s like OMEGA THE UNKNOWN and enjoying them immensely. I'm glad he lived long enough to see a fair amount of his work reprinted and enjoy some conventions and meeting his fans.

A selection of Jim Mooney illustrated pages spanning over a half-century: 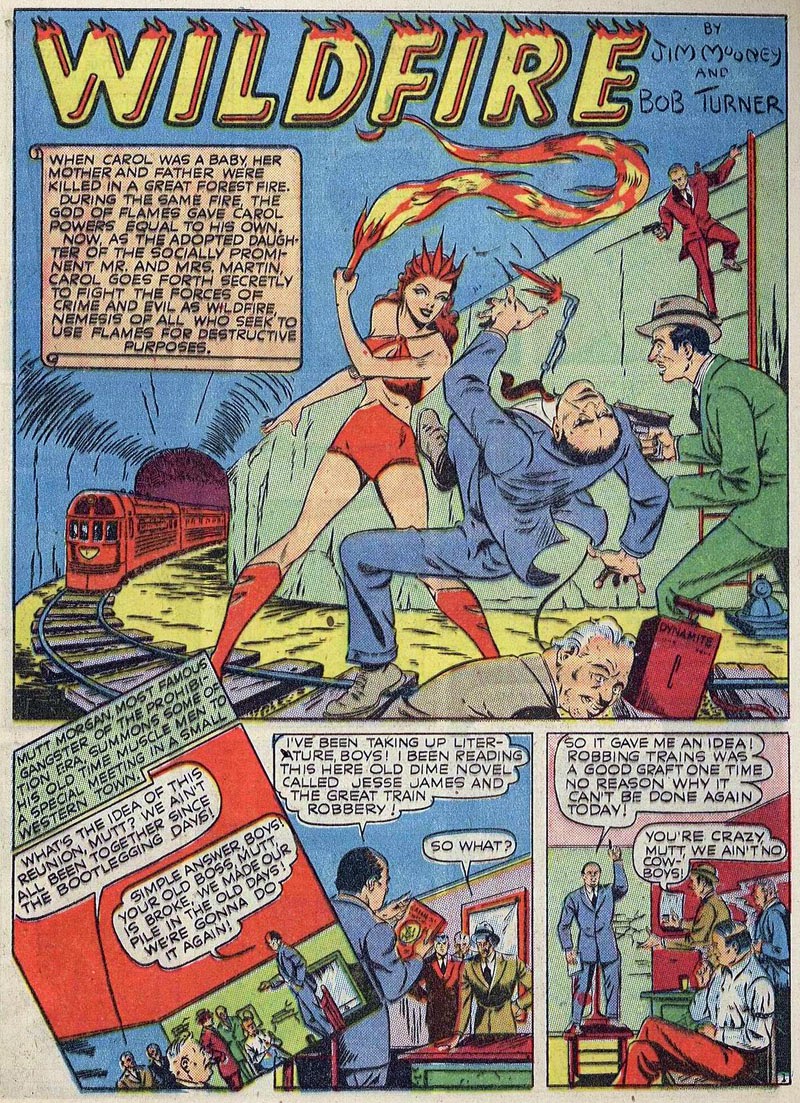 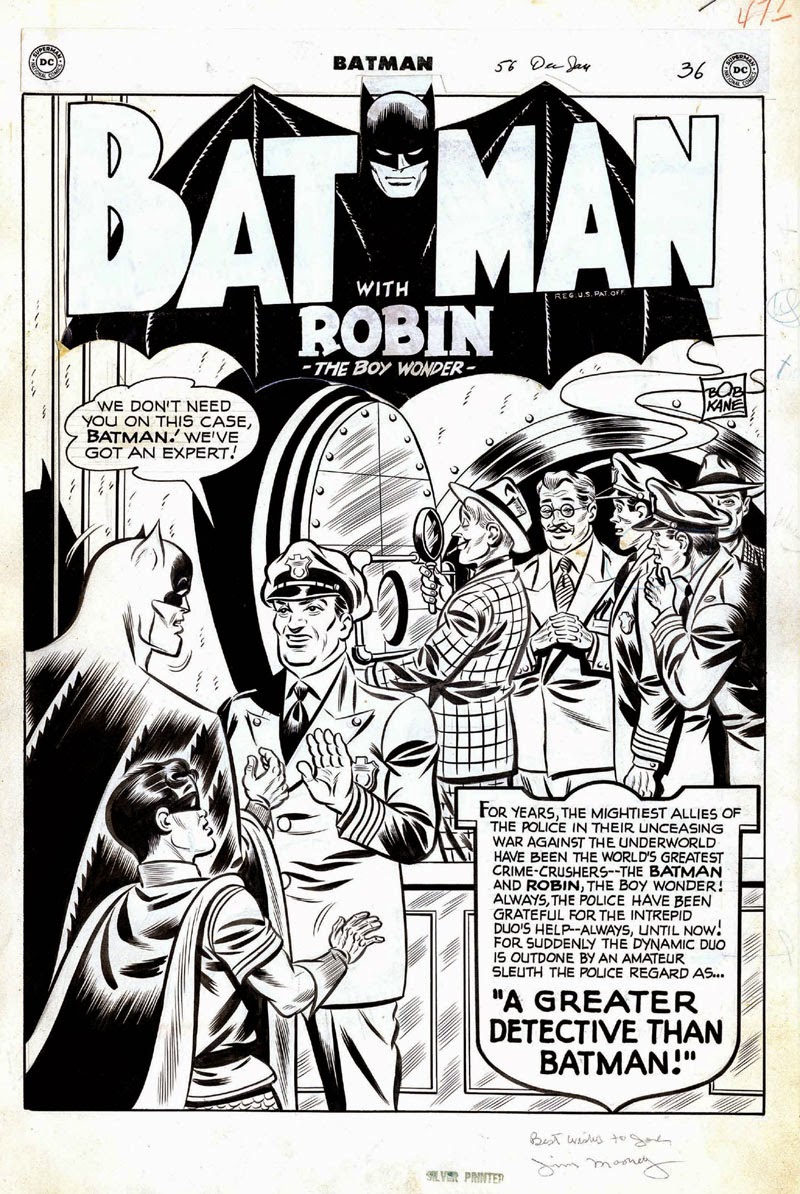 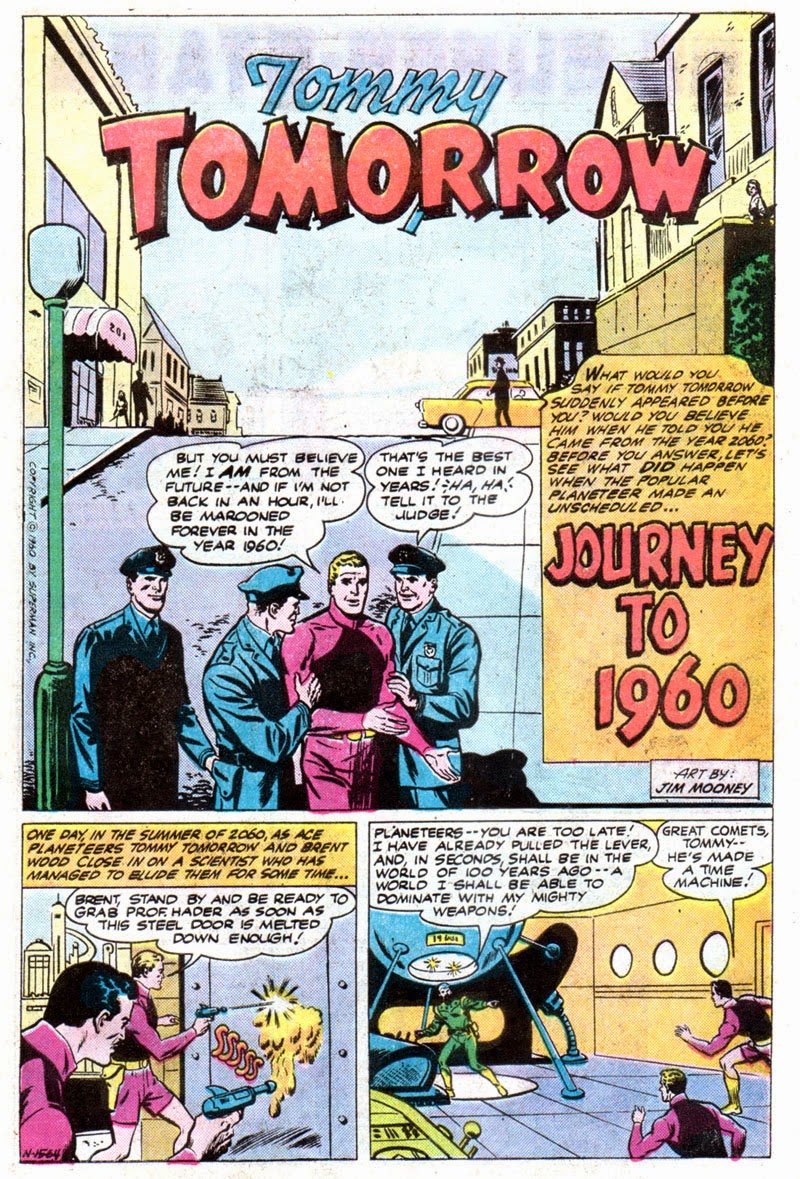 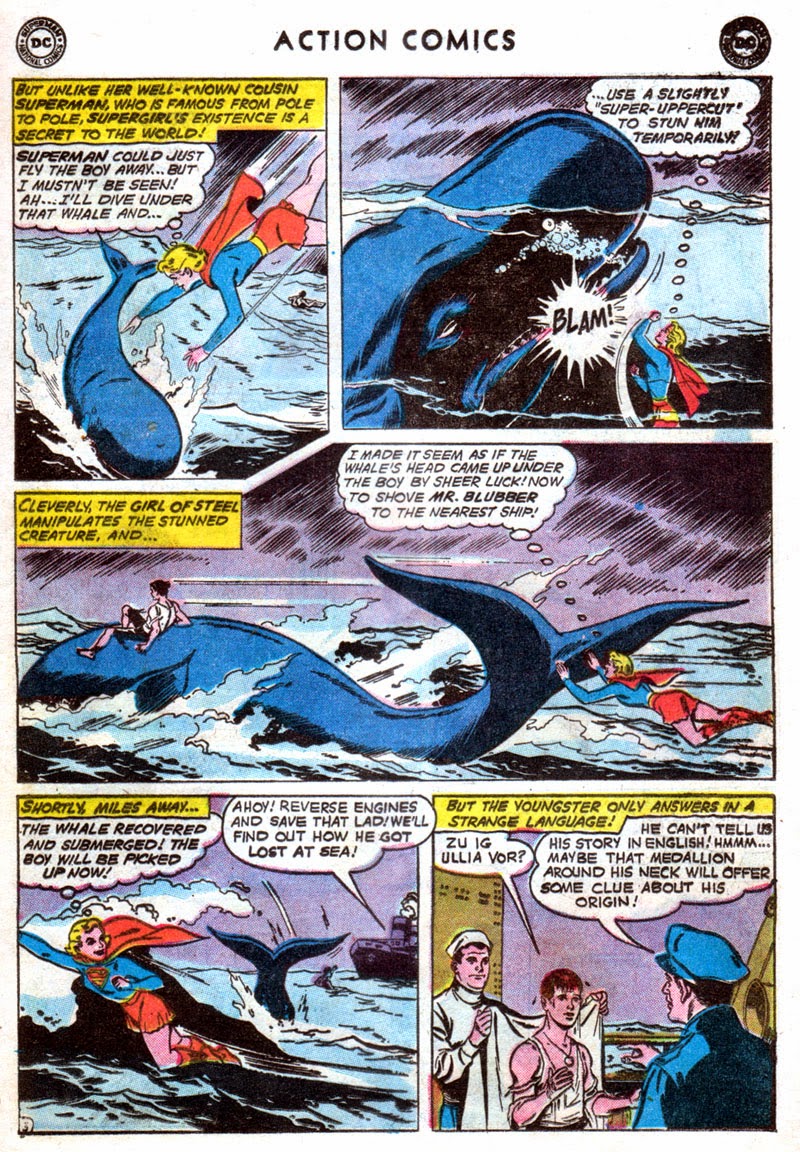 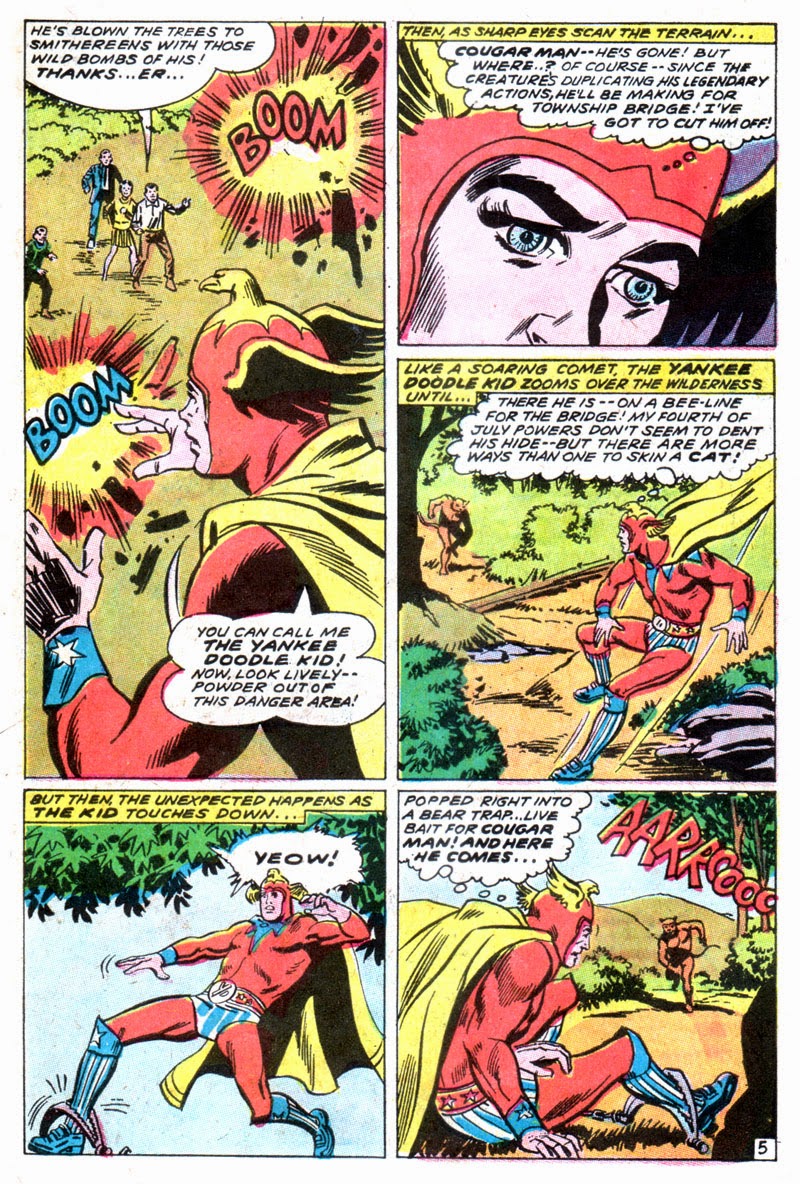 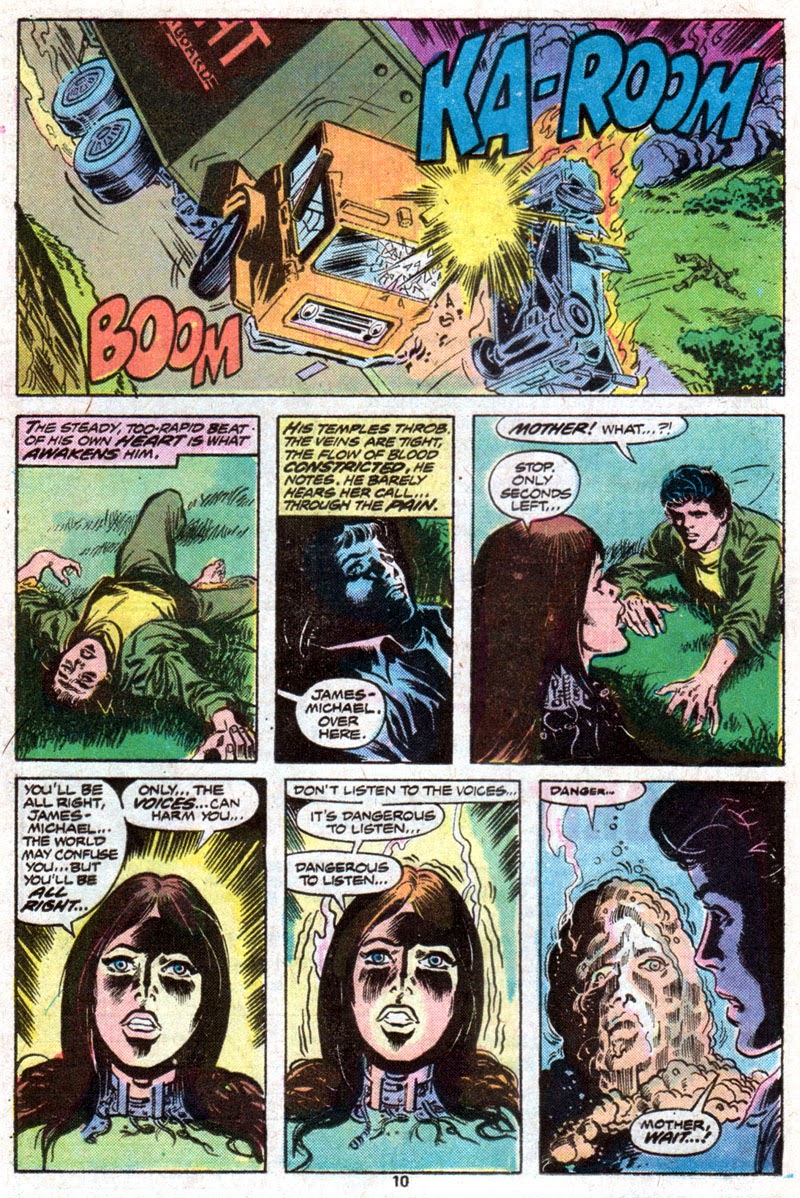 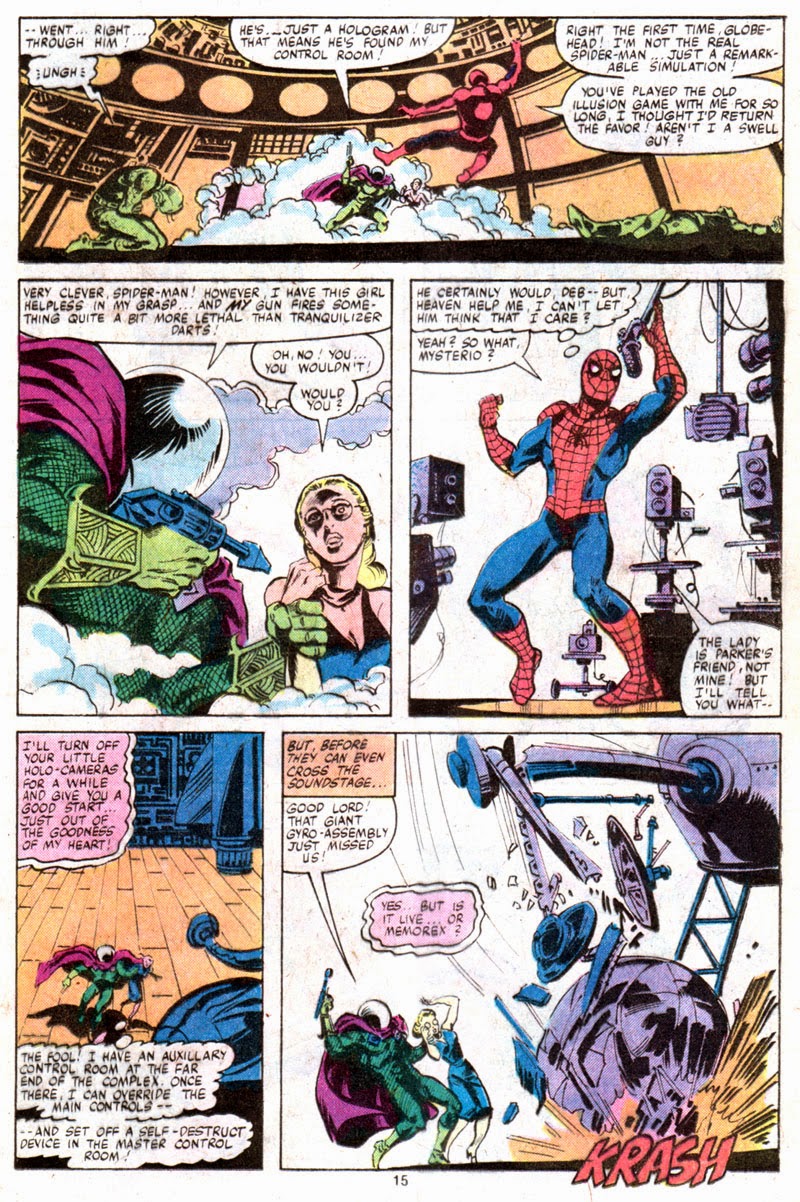 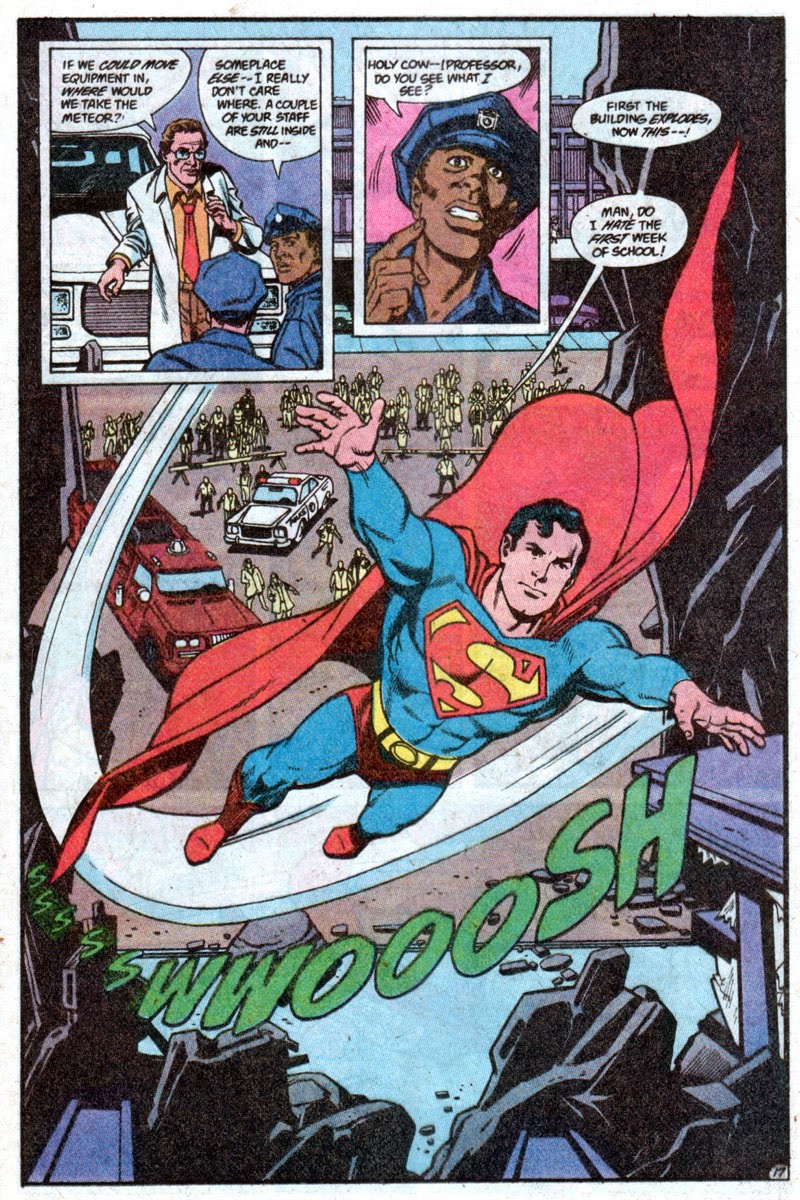 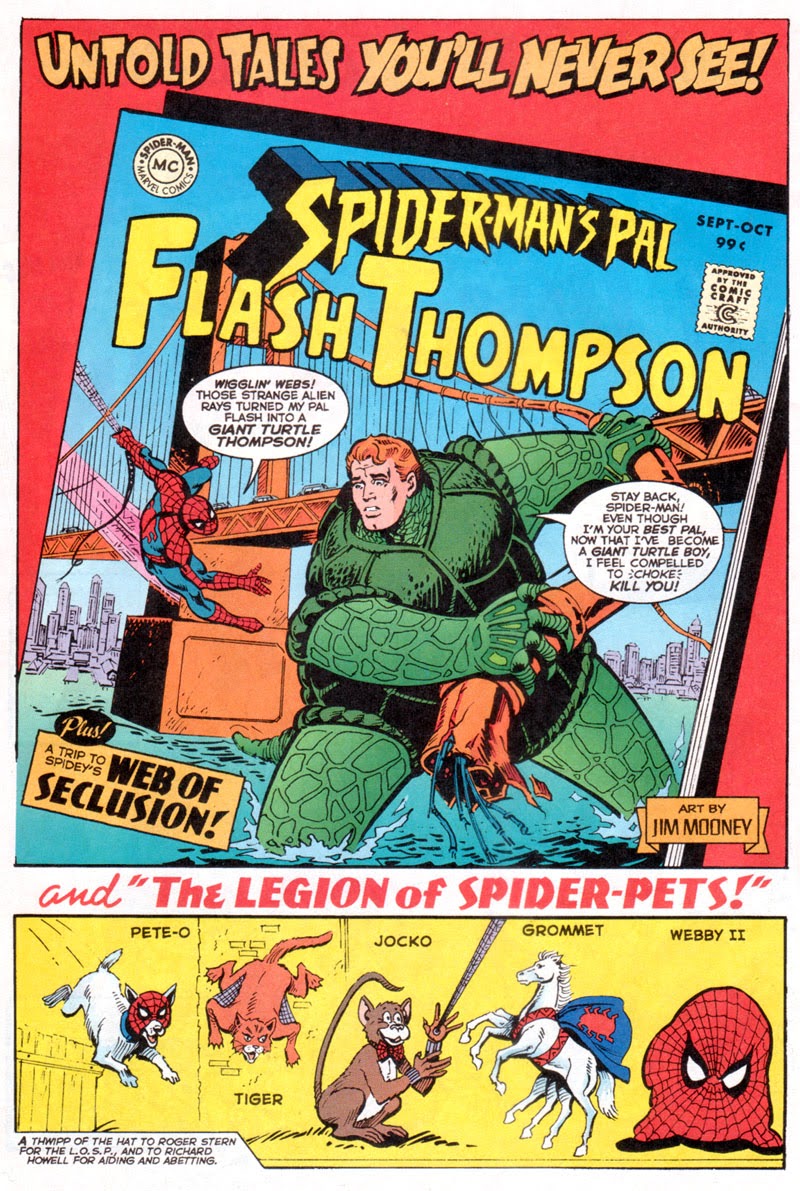 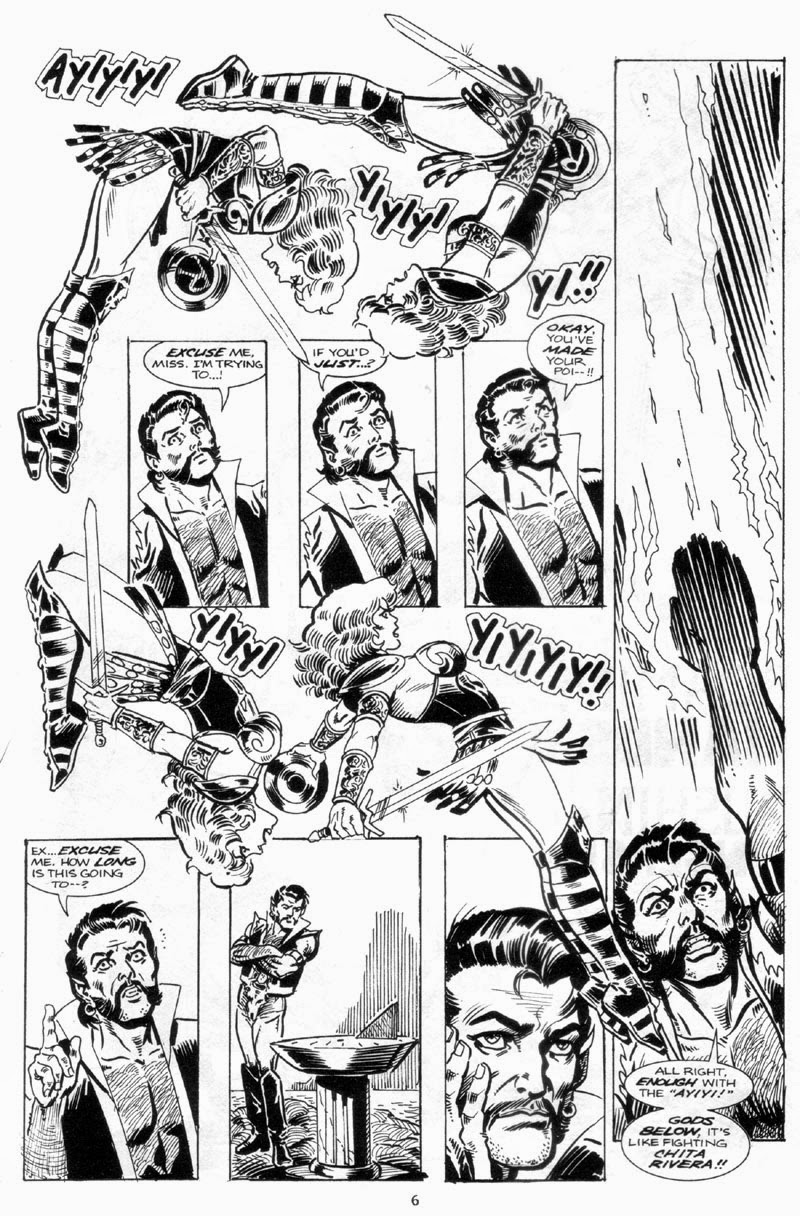 SOULSEARCHERS AND COMPANY #28, 1997 (over Dave Cockrum)
No comments:

From the beginning of one of my favourite science fiction novels:

Sooner or later, it was bound to happen. On June 30, 1908, Moscow escaped destruction by three hours and four thousand kilometers - a margin invisibly small by the standards of the universe. On February 12, 1947, another Russian city had a still narrower escape, when the second great meteorite of the twentieth century detonated less than four hundred kilometers from Vladivostok, with an explosion rivaling that of the newly invented uranium bomb.

In those days there was nothing that men could do to protect themselves against the last random shots in the cosmic bombardment that had once scarred the face of the Moon. The meteorites of 1908 and 1947 had struck uninhabited wilderness; but by the end of the twenty-first century there was no region left on Earth that could be safely used for celestial target practice. The human race had spread from pole to pole. And so, inevitably...

At 0946 GMT on the morning of September 11 in the exceptionally beautiful summer of the year 2077, most of the inhabitants of Europe saw a dazzling fireball appear in the eastern sky. Within seconds it was brighter than the Sun, and as it moved across the heavens—at first in utter silence—it left behind it a churning column of dust and smoke.

Somewhere above Austria it began to disintegrate, producing a series of concussions so violent that more than a million people had their hearing permanently damaged. They were the lucky ones.

Moving at fifty kilometers a second, a thousand tons of rock and metal impacted on the plains of northern Italy, destroying in a few flaming moments the labor of centuries. The cities of Padua and Verona were wiped from the face of the Earth; and the last glories of Venice sank forever beneath the sea as the waters of the Adriatic came thundering landward after the hammer blow from space.

Six hundred thousand people died, and the total damage was more than a trillion dollars. But the loss to art, to history, to science—to the whole human race, for the rest of time—was beyond all computation. It was as if a great war had been fought and lost in a single morning; and few could draw much pleasure from the fact that, as the dust of destruction slowly settled, for months the whole world witnessed the most splendid dawns and sunsets since Krakatoa.

After the initial shock, mankind reacted with a determination and a unity that no earlier age could have shown. Such a disaster, it was realized, might not occur again for a thousand years—but it might occur tomorrow. And the next time, the consequences could be even worse.

Very well; there would be no next time.

A hundred years earlier, a much poorer world, with far feebler resources, had squandered its wealth attempting to destroy weapons launched, suicidally, by mankind against itself. The effort had never been successful, but the skills acquired then had not been forgotten. Now they could be used for a far nobler purpose, and on an infinitely vaster stage. No meteorite large enough to cause catastrophe would ever again be allowed to breach the defenses of Earth.

So began Project SPACEGUARD. Fifty years later—and in a way that none of its designers could ever have anticipated—it justified its existence. 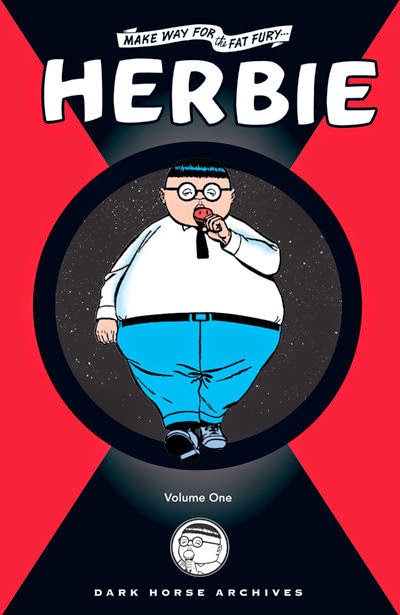