Update on one of the books on my 11 anticipated comics of 2011 post, Michael Zulli's FRACTURE OF THE UNIVERSAL BOY.  The softcover edition solicited to comic shops through Olympian Publishing was canceled, if you ordered that.  There will be a hardcover edition from Eidolon Fine Arts.  Right now you can order a signed copy with a signed print for $45 from the book's Kickstarter page (which has already reached its funding goal), along with getting your name in the book, with other editions and premiums for higher prices.  I assume ordering information for an unsigned edition without the print will be announced soon. 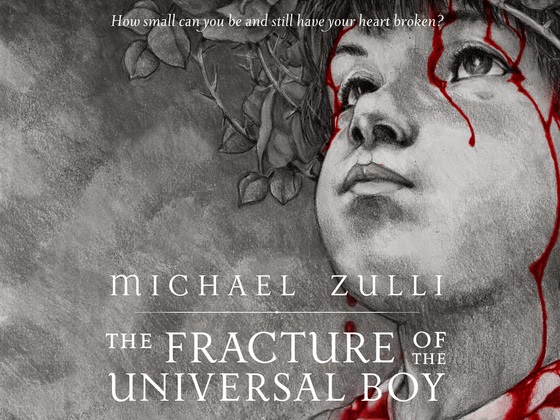 Several pages of art from the book at the Kickstarter page. Still really looking forward to this, glad it's managed to come back from whatever setbacks there were. Steve Bissette and Neil Gaiman both report having read advance copies from Zulli and speaking highly of it.
No comments:

Upcoming from Titan, who have been publishing some great golden age S&K reprints authorized by Joe Simon and the Jack Kirby Estate, Simon has a 256-page hardcover autobiography coming out. 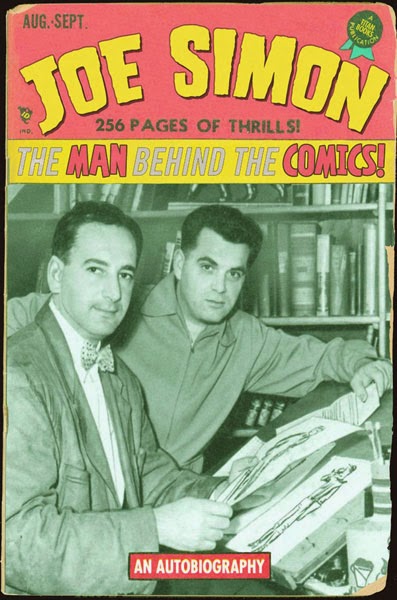 Joe Simon: The Man Behind the Comics

In his own words, this is the life of Joe Simon, one of the most important figures in comics history and half of the famous creative team Simon and Kirby. Joe Simon co-created Captain America, star of this summer’s anticipated movie blockbuster, and was the first Editor-in-Chief of Marvel Comics (then known as Timely, where he hired Stan Lee for his first job in comics). He recounts the near-death of comics, the Congressional witch-hunts of the 1950s, and the scramble for creators to survive. In the process he reveals what it was like to bring comics out of their infancy, as they became an American art form.
No comments:

Just heard that writer Dwayne McDuffie passed away.  I first heard about it from J.M. Dematteis's post, and it's confirmed just about everywhere else. 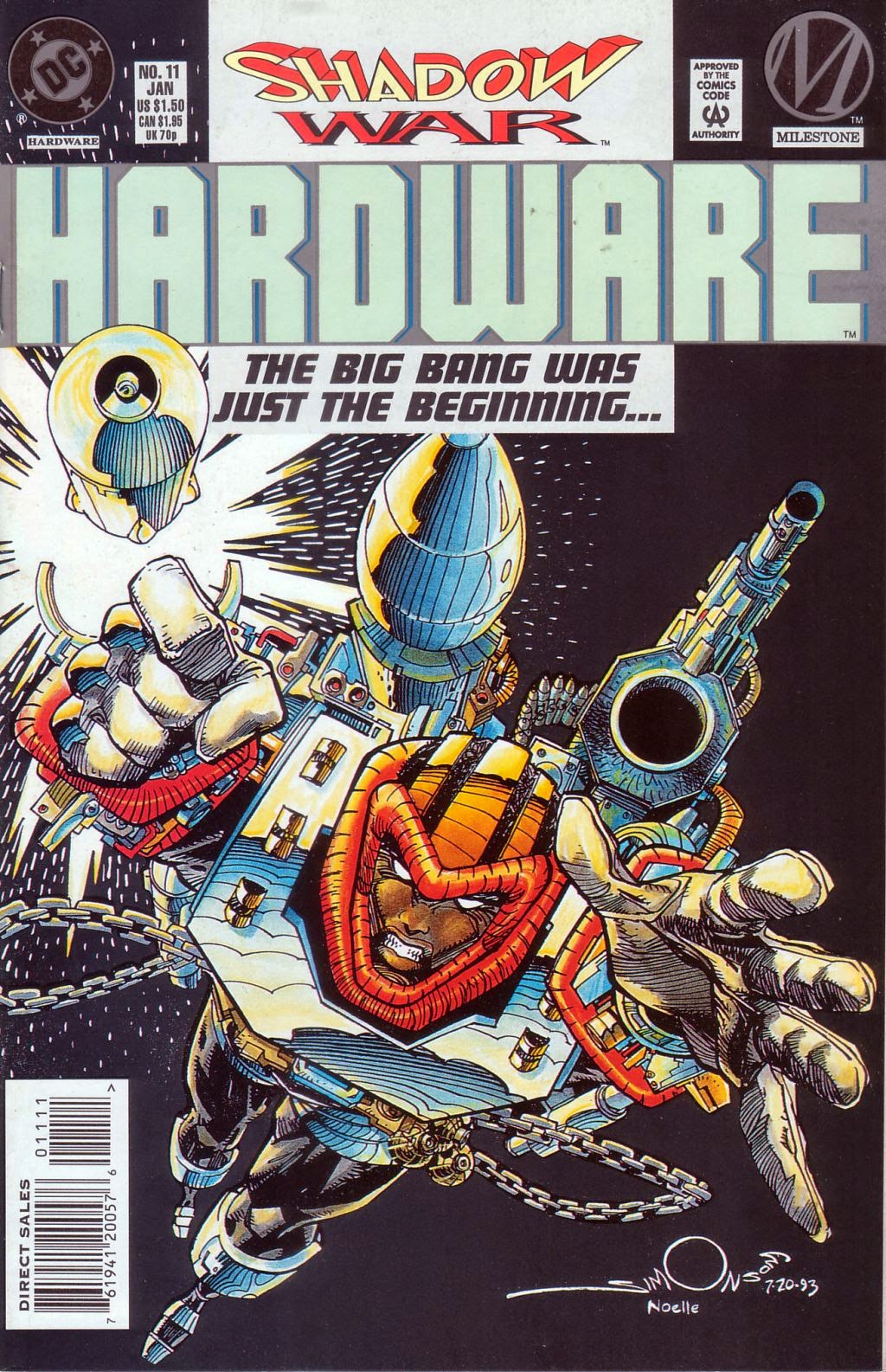 While I read a few earlier things from him, the first time I really noticed McDuffie's writing was on the 1993 launch of the Milestone comics line, where he was one of the co-creators, co-owners and head writer of the launch books (writing ICON and HARDWARE solo and co-writing the first few issues of STATIC and BLOOD SYNDICATE). That was a great launch, with all four of the books being very good, with frequent moments of excellence throughout their runs. 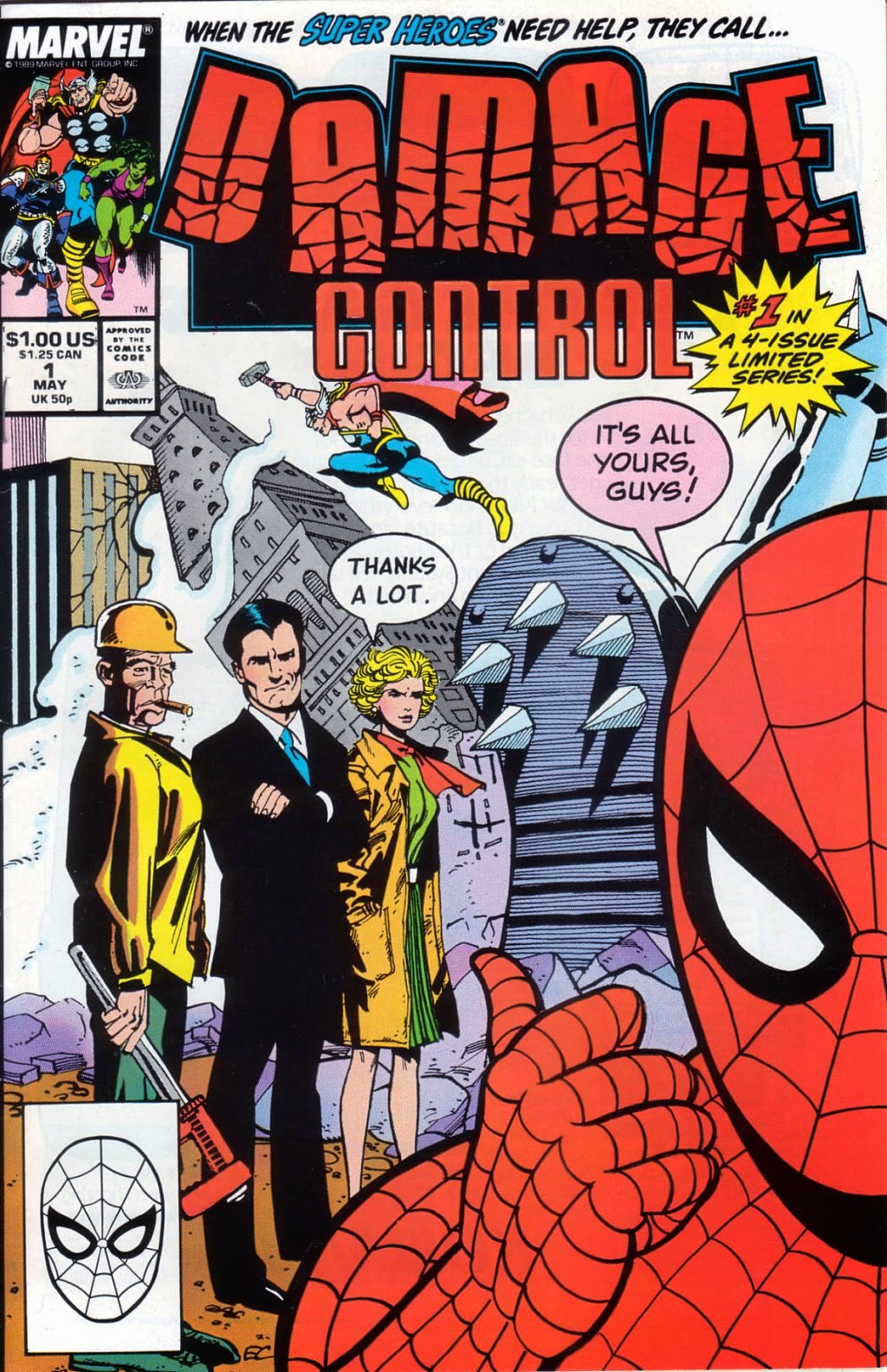 McDuffie was also one of the earliest comic professionals to be active in the first on-line communities that I participated in, and I was always impressed by his frequent candor and quick wit.

On the strength of the Milestone work I picked up some of his earlier work.  I especially enjoyed the three DAMAGE CONTROL series he created at Marvel with artist Ernie Colon, a clever concept (a company that specializes in handling repairs after super-hero battles) well realized and integrated into the Marvel Universe, showing a real understanding of the characters while writing them in a sharply different context and style.

He was also one of the writers on a new version of the character Deathlok, co-writing a mini-series and writing about half of the first two years of an on-going series.  There were some uneven bits, but there were also a lot of clever ideas and real heart in the series, and you can see the seeds of some of the ideas that would later be more fully realized in the Milestone work.

He also did an amusing 4-issue storyline in DC's THE DEMON in 1992, playing off the presidential election that year, and with some really good scenes with Superman. 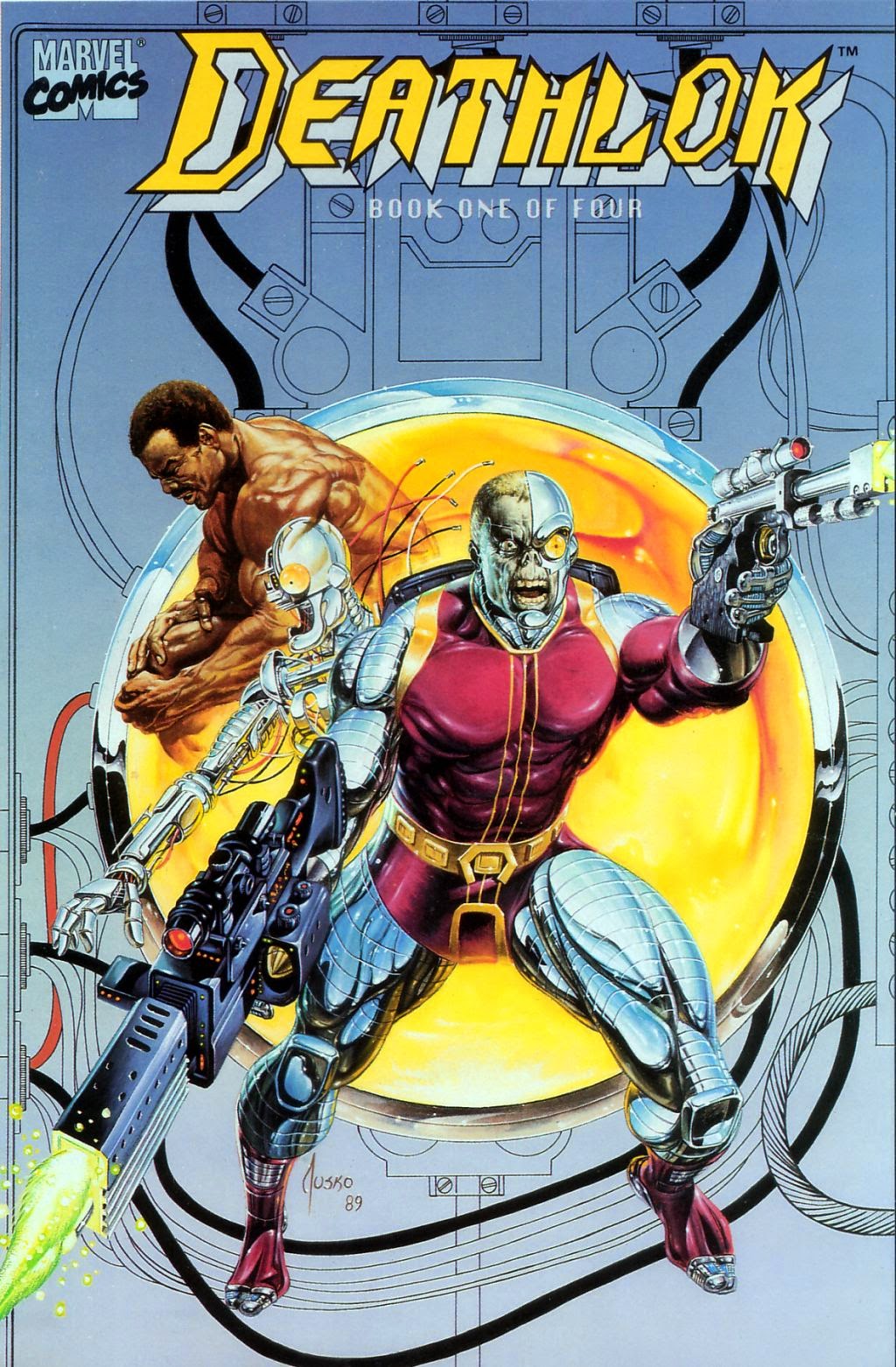 A lot of McDuffie's work in the last decade has been in animation, probably most notably various incarnations of the Justice League cartoon, but for me most importantly four seasons of the STATIC SHOCK cartoon, bringing the character from the Milestone comics to the screen.  I really liked the show whenever I saw it (unfortunately for some reason it only showed sporadically up in Canada), and there were several great episodes, including the McDuffie scripted "Static In Africa", which featured the debut of a new hero named Anansi.


To close, a bit more on one of the Milestone books, the one I pulled out to read when I heard the news.  ICON #42 [1997] is the last issue of the series, and has always been one of the most remarkably beautiful super-hero comics that I've ever read, and has only grown moreso with time, it's able to bring a tear to my eye even on a good day, and re-reading it today I had to stop a few times to keep it together.  It features Raquel Ervin, the super-hero Rocket and partner of the title character, having to deal with the death of her grandmother (and is dedicated to who I assume is McDuffie's own grandmother, who passed away shortly before it was published). As much as I loved it when it first came out, I don't think I really understood it until my grandfather passed away two years ago and it was one of the first things I read after that. McDuffie manages to weave together elements that are heartbreaking with elements that are funny, and most of all elements that are real, into a perfect package. And then, in the middle, he puts in something that shouldn't work, a bit that strikes right at the heart of the super-hero genre that this story is almost entirely outside of, and he makes it work. I can't really describe it in a way that does it justice, but read it if you get a chance. 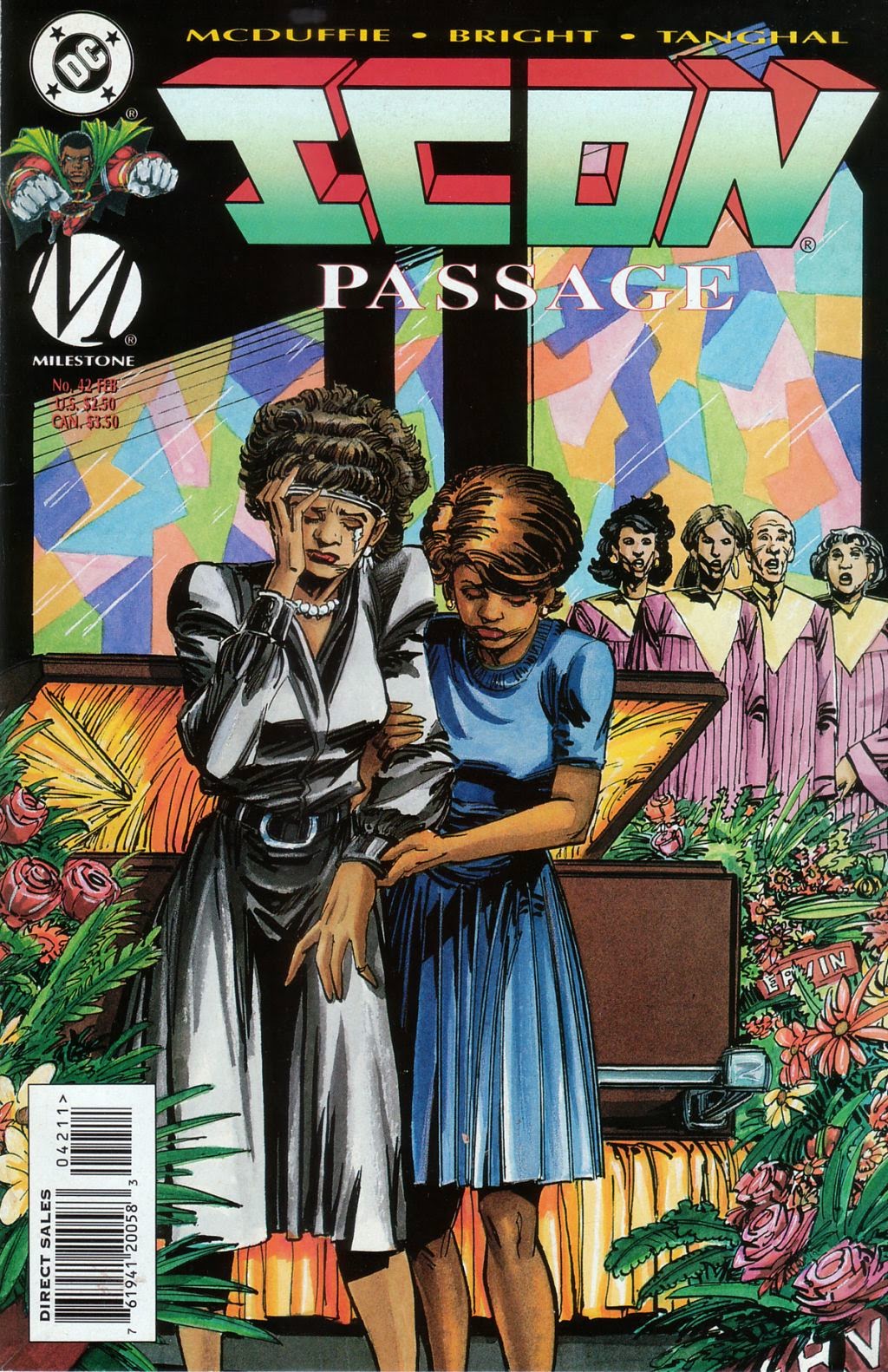 The issue closes with her great-aunt remarking on how much Raquel looks like her grandmother at that age, and saying "She ain't all of her gone, neither".  So looking at the wealth of comics and cartoons with McDuffie's name on them, I'll just echo that.

He ain't all of him gone, neither.
No comments: 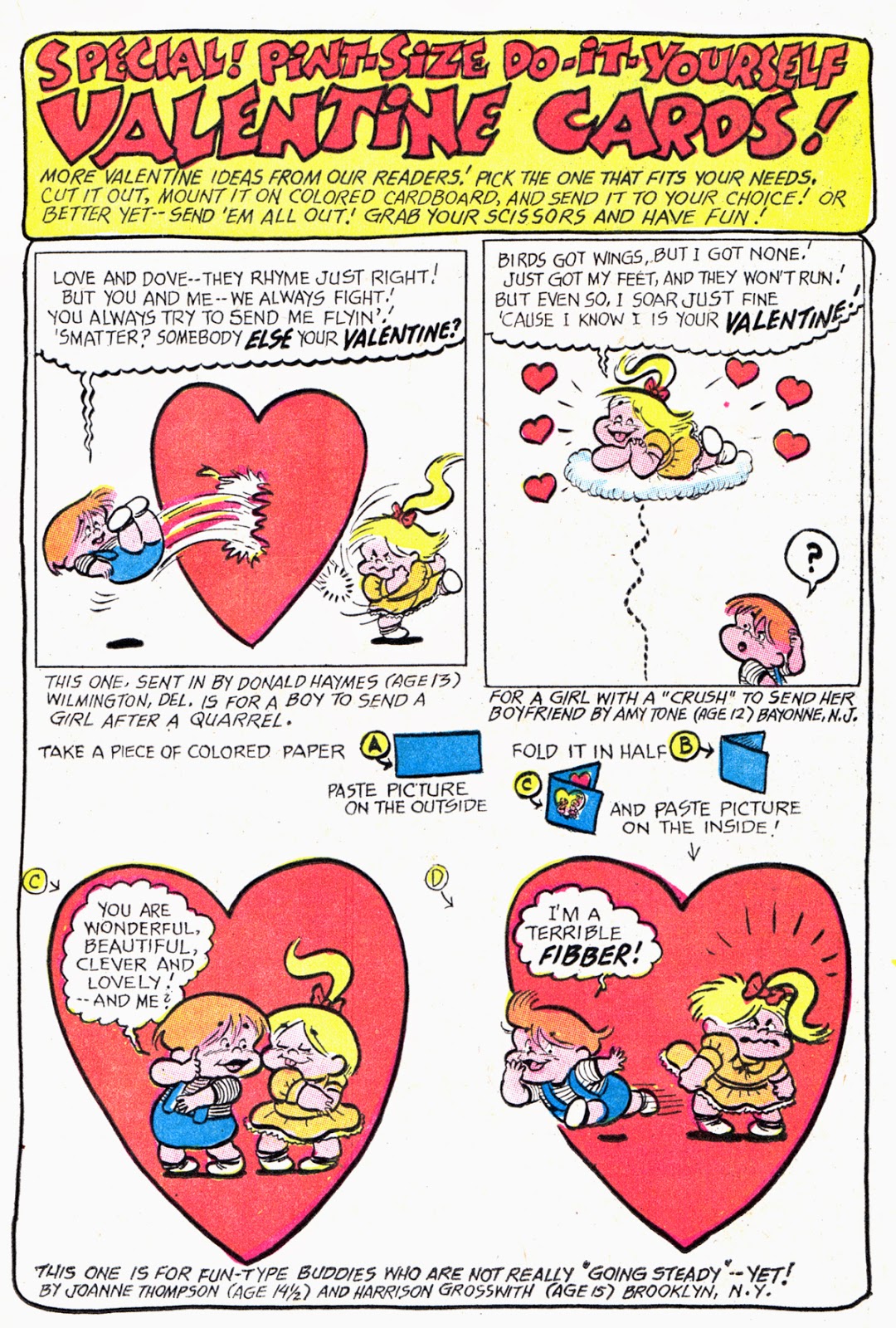