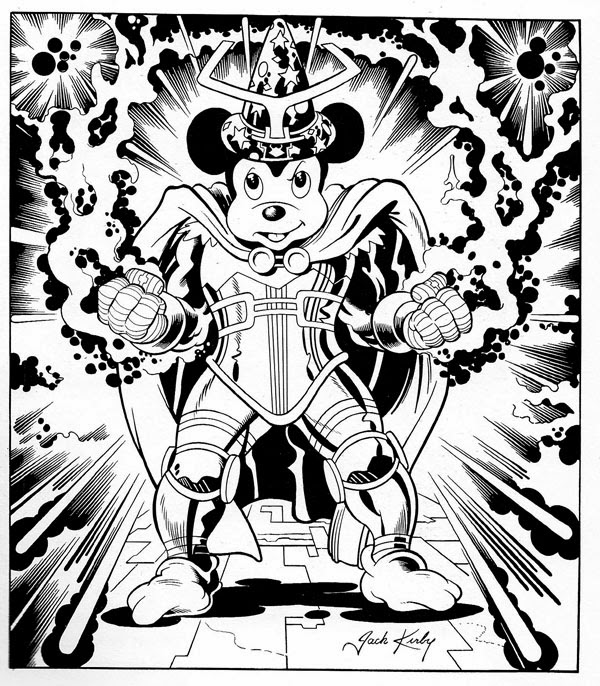 Here for the story behind this image, and the other version of the image that was actually published in the book it was intended for.

Oh, and for those reading this 32 years in the future, Disney announced its intention to buy Marvel, pending approval. And to right thinking people, Jack Kirby's art style pretty much defines Marvel as Mickey Mouse does Disney.
No comments: 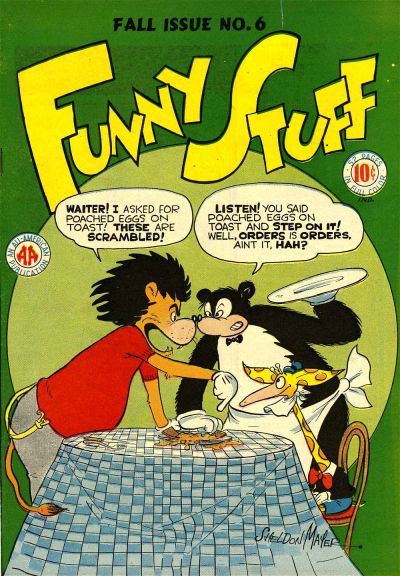 A lesser known Sheldon Mayer character is J. Rufus Lion D.S.P (Definitely Some Phoney), along with his nephew Arsenic. The character ran for a while, but only a few early stories in early issues of FUNNY STUFF were done by Mayer. One of them is reprinted in the new Mouly/Spiegelman edited THE TOON TREASURY OF CLASSIC CHILDREN'S COMICS anthology, along with three Sugar&Spike stories, the first Three Mouseketeers story and some Scribbly from ALL-AMERICAN COMICS. Also a good sampling of work by Carl Barks, John Stanley and Walt Kelly, and a few dozen other cartoonists, some of whom you may never have heard of. Great looking book, more on it later.
No comments: 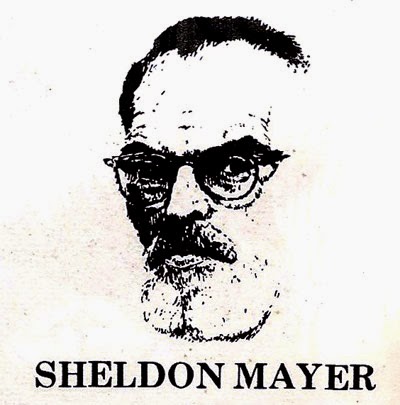 Sheldon Mayer, as he appeared in the mid-1970s adaptation of the Bible that he wrote for DC, with Nestor Redondo, Joe Kubert and Joe Orlando.
No comments:

Books I didn't think I'd see in this lifetime... 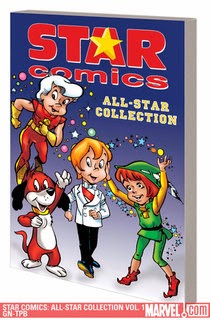 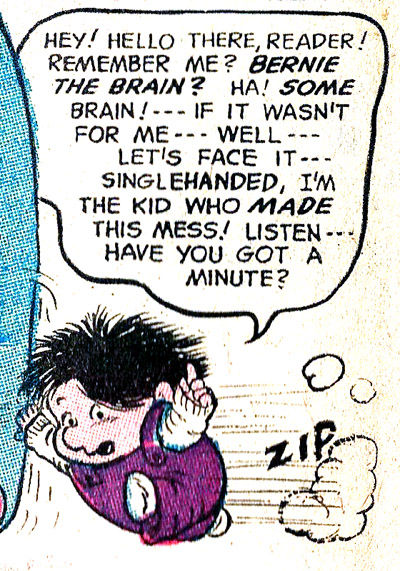 The fourth wall means nothing to Bernie the Brain, a clever later addition to Sheldon Mayer's SUGAR & SPIKE series who opened up a few new types of stories for the characters to engage in.
No comments: 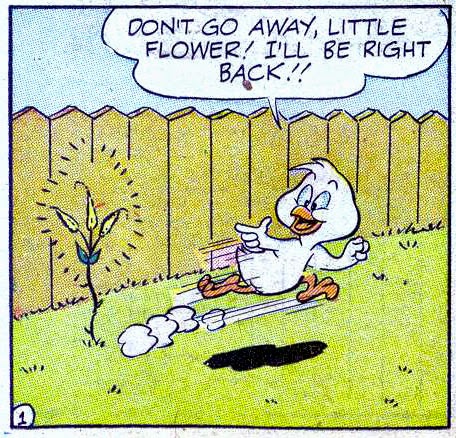 Sheldon Mayer's major funny animal features of the 1950s were Dizzy Dog, Doodles Duck, Bo Bunny and (later in the decade) the Three Mouseketeers. Less well known, early in the decade there was also Li'l Chick-a-Dee in the mix, a cute enough character but not as much personality as the rest, so not too surprising that there were only a half-dozen stories for the character.
No comments: 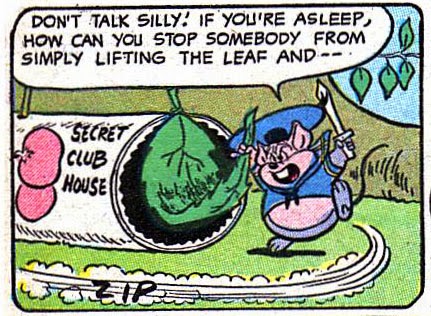 You just know this isn't going to end well for Fatsy, intrepid leader of Sheldon Mayer's Three Mouseketeers. It never does.
No comments: