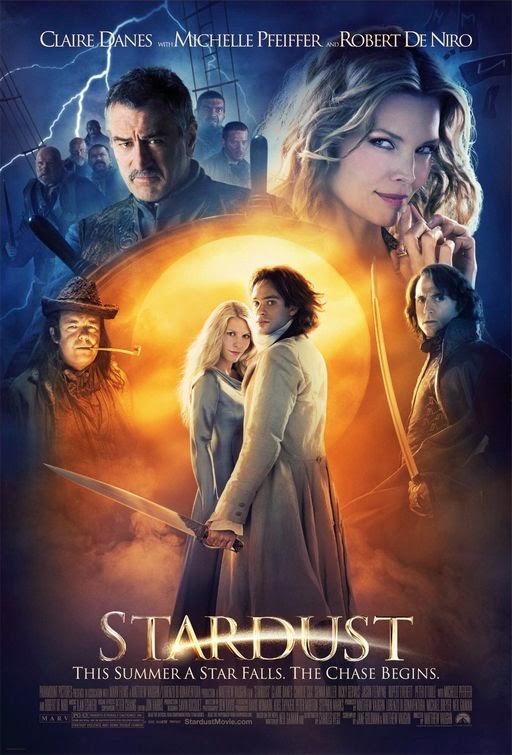 I saw STARDUST the other day, the new fantasy movie based on the illustrated novel by Charles Vess and Neil Gaiman. The book isn't really a favourite of mine from the oeuvre of either of those two, either together or separate, but I enjoyed it well enough, and the movie had gotten a fair bit of praise from some reliable corners, including several comparisons to THE PRINCESS BRIDE, a particular favourite (both the movie and book).

Overall I'd have to rank the movie as disappointing, though I suspect I'd have liked it slightly more if I wasn't familiar with the Vess/Gaiman original. It's a very loose adaptation of the story, and unfortunately almost every deviation runs counter to what charm the original had, and moves it towards generic film conventions. The novel had a slow, very deliberate build-up, with the two leads not meeting until almost the middle of the book. The movie presumably couldn't have that, so contrives a way to speed that up which doesn't quite work. The quiet and appropriate ending becomes a rather loud and spectacular bang.

A lot of the other changes have to do with the comparisons to THE PRINCESS BRIDE. Several elements of the book are expanded to play as humourous in the manner of THE PRINCESS BRIDE. I'd say the film-makers wanted to make THE PRINCESS BRIDE in the worst way, and proceeded to do so. The reason BRIDE works is that the ridiculous elements and oddball storytelling style are integral parts of the original work, and grafting such elements (DeNiro's goofy flying ship captain, the ghosts acting as a combination Greek chorus and MST3K commentary track) onto a straight story doesn't work anymore than adapting THE PRINCESS BRIDE as a straight fantasy without the humour would have worked.

The visuals were also a disappointment compared to the original work. Vess has a wonderful light style on both the real-world and faerie elements of the story that, with a few exceptions, didn't come through in the actors or scenery of the film, which again goes for the generic whenever it's an option.

As I said, I might have liked the movie well enough if I didn't know the source and how far it fell from it. I'd still have had a lot of problems with it (when did DeNiro start playing parodies of DeNiro characters full-time?), but for the most part it was well made, with some decent acting and the occasional visually impressive bit.
No comments: 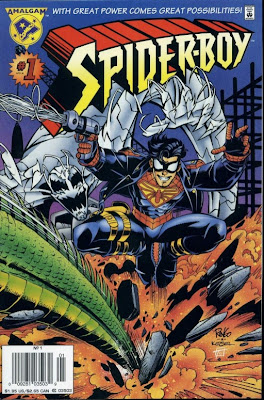 Just heard the sad news that cartoonist Mike Wieringo passed away over the weekend, at the far-too-young age of 44. His friend and frequent collaborator Karl Kesel has a few thoughts and memories.

That SPIDER-BOY one-shot Kesel talks about, part of the first wave of "Amalgam" books which played mix and match with various DC and Marvel properties, was unexpectedly one of the absolute highlights of mainstream super-heroic type comics of the 1990s for me, just a delightfully frantic romp that the "Amalgam" concept needed (and which most of the other books of the line didn't provide), full of clever gags, some great design work and clear storytelling.
No comments: 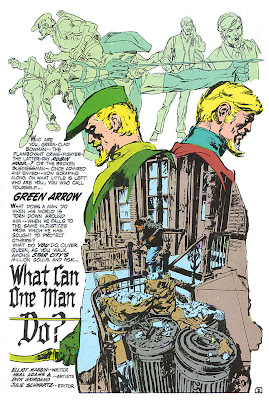 The man who wrote the above page (from a story where Green Arrow decides to run for mayor) is now running for congress in 2008, which I think would make him the second elected official in American history with an exclamation mark in his name.
No comments: