I was already pretty happy to see that Dover Comics & Graphic Novels (fast becoming my favourite publisher) was coming out with a collection of Jim Lawson's PALEO series, which ran for 8 issues from 2001 to 2004, with a collection of the first six issues in 2003. At the very least it would probably mean that I'd finally get a print edition of the 72-page "Loner" story that Lawson published on-line in 2011, and since I knew from experience that the original issues or prior collection weren't easy to find it meant that a lot more people would get a chance to read it.

The level of anticipation just jumped up when I found out that the book also includes two more completely new stories, never seen in print or on-line. And both of them are drawn by Lawson, like the rest of the book, but written by Stephen Bissette. Yes, the creator of TYRANT writing new dinosaur comics. And they're fairly long stories, over 30 pages each based on the table of contents. So with "Easy", "Floater" and "Loner" that means we get the equivalent of more than five new comics which alone is worth the $20 cover price. Having them in addition to the previous eight comics for that price is a bargain.

For those who haven't had the pleasure, PALEO is a dinosaur comic set in what is now Alberta, 70 million years ago (the Late Cretaceous), looking at a variety of dinosaurs and other animals interacting in those prehistorical times. It's a brutal and non-sentimental look at their lives, with no characters safe from injury or death. Each story is a standalone vignette, getting into the head of a different animal (or sometimes multiple animals), none of them given names but otherwise well realized as characters. And the art is definitely the best of Lawson's career.

The book should be out in a few weeks, and is highly recommended.

And another division of Dover has another interesting book coming out a few months later: 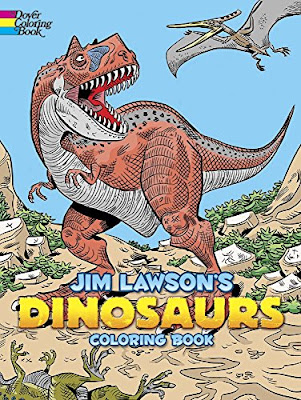 Wow, I've lived long enough to see DC announcing a reprint of the 1982 DARING NEW ADVENTURES OF SUPERGIRL series? That can't be right...

Does bring up something I've always wondered.

So basically any time they launched a book with a #1 that was based on a property they'd published before, they'd add some sort of descriptor instead of using the simpler basic title (three of them would eventually revert to the simpler title, SUPERGIRL, FIRESTORM and SWAMP THING, after they cleared the number the earlier volumes reached. The other two never matched their predecessors before being cancelled or otherwise renamed). They wouldn't use such descriptors for new titles, or when they restarted a book with the old numbering (I think BLACKHAWK was the last time they did that).

So was that just a marketing thing, since the descriptors were a Marvel thing (Amazing Spider-Man, Mighty Thor, Uncanny X-Men) and Marvel was kicking their ass in sales, or was it that they for some reason didn't want to re-use titles, and confuse the issue with more than one SUPERGIRL #1. Which seems like a quaint concern now that we'll probably see the sixth or seventh SUPERGIRL #1 soon enough, and Marvel is willing to publish two different #1's for a book in the same year with the same creative team and logo. 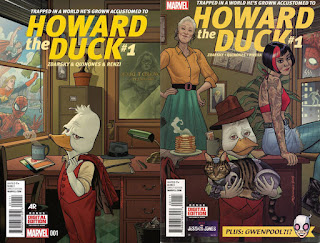 No, seriously, these are two different books published in the same calendar year...

Unfinished Comics - TALES OF THE CLOSET by Ivan Velez Jr.

This is one of the most frustrating of all unfinished comics, for several reason. Primarily because of the quality of the work, which is very high. Also because it came so close to the ending, with only one issue left. And then there's the nature of the ending to the (planned) penultimate and (so far) final issue, with multiple cliffhangers. It also doesn't help that the creator has indicated at various times an intention to finish up, and taken steps in that direction, but for whatever reason it hasn't come together. And finally, as well as being a very good book, it has the potential to be an very important book, which is somewhat mitigated by a lack of both an ending and availability. 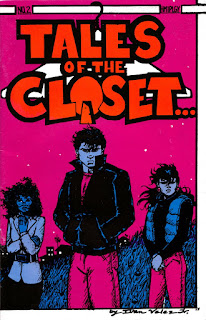 I'm talking, of course, about TALES OF THE CLOSET by Ivan Velez Jr., which saw nine out of a planned ten issues published from 1987 to 1993 by the Hetrick-Martin Institute, a non-profit LGBT youth outreach program in New York. It tells the story of a group of eight very different LGBT teens who meet in their Queens high school in the mid-1980s and navigate the complications of life (including the general complications of growing, the specific complications of growing up queer and the melodramatic complications thrown in their paths as part of being comic book characters). I've written about the book a few times before (here and here), and everything I've said before stands. It's a remarkably densely plotted drama which has an educational mission, but never one that gets in the way of the storytelling. In fact, Velez manages to walk a tightrope of having the the story and the education elements reinforce each other, making the lesson that much more likely to take since it's so ingrained in the story. 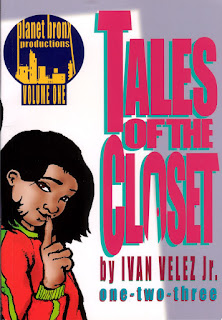 As I've said, Velez has indicated a few times over the years an interest in completing the story (and if I recall correctly even in doing more stories following the characters into adulthood), going so far as to reprint the first three issues in a collection in 2005. Unfortunately, that only seems to have gotten out the first of four planned volumes. I believe he's also made digital editions of the existing story available on some platforms in recent years, although nowhere that I can find right now. Hopefully one of these days everything will come together to get at least the ending, and the entire thing can be released in one handy well produced volume. It comes to 329 pages for the extant story, say about 50 or so for the ending, add in the covers and a few extras (Velez did a few stories for GAY COMIX, I'm not sure if any of them fit thematically with TOTC, if they do that would be a nice addition), toss in some notes to put it in the context of its time and you have a nice 400-450 page book which belongs in every high school library and would certainly be on my bookshelf.
5 comments: 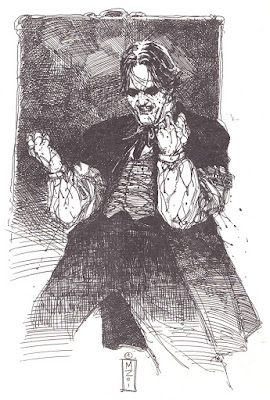 With the recent publication of an ending to Stephen Murphy and Michael Zulli's THE PUMA BLUES, and barring last minute complications the impending continuation of Mark Buckingham and Neil Gaiman's MIRACLEMAN Golden/Silver/Dark Ages trilogy, the mind naturally turns to other unfinished and given-up-hoping-for comic book works.

The first that comes to mind is SWEENEY TODD, seeing as how it's an intersection of the now finished/finishing works, drawn by Michael Zulli and written by Neil Gaiman. Intended to be serialized in Stephen Bissette's horror comics anthology TABOO, it never got further than setting the table, with a "penny dreadful" teaser insert in one issue (with an introduction by Gaiman, some artwork by Zulli and some of the Victorian research material), followed by a 26-page prologue. There was also a gorgeous painted poster. Bissette also conducted an interview with Gaiman and Zulli in COMICS BUYER'S GUIDE #972 [1992] which details their ambitions for the project, well illustrated with Zulli's artwork including the image posted here.

So will we ever see more? I wouldn't bet on it, but that's a step up from what I'd have thought a few months ago.
No comments: