Superman and the unheard Word of God

So, I was ordering a couple of books from a British bookstore, and looked at what else they might have that would be worth ordering to lower the average shipping charge.  One of the things I noticed was a hardcover SUPERMAN ANNUAL from 1983, with an original Brian Bolland cover (good, but not great): 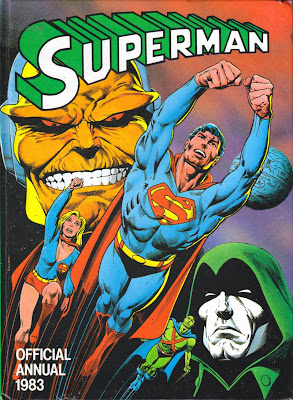 ...obviously reprinting a favourite story of mine, the 3-part Len Wein/Jim Starlin story from DC COMICS PRESENTS #27-29 [1980-1981], teaming up Superman with J'onn J'onzz, Supergirl and the Spectre in a story introducing the villain Mongul. I really liked that when it came out, and in my defense, I hadn't read enough older comics at the time to realize Mongul was a poor man's Thanos, and Thanos was a poor man's Darkseid.  Anyway, said story has never been reprinted by DC, except for the final chapter  in a collection I don't really want to buy, so I figured it would an interesting novelty, certainly worth £1 plus shipping.

For the most part the book is okay.  The paper has certainly aged better than the originals.  They did understandably cut out a page of mostly recaps from two of the stories.  More seriously, they seemed to have some problems with anything printed in sold colour overlays.  Like this image of Supergirl which is a pretty poor tracing of the original: 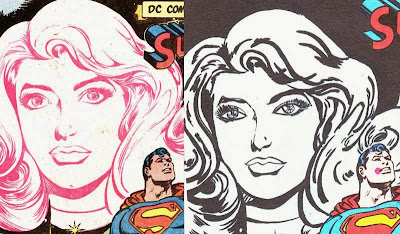 And much more seriously, this must have been perplexing to British reader, at the climax of the story: 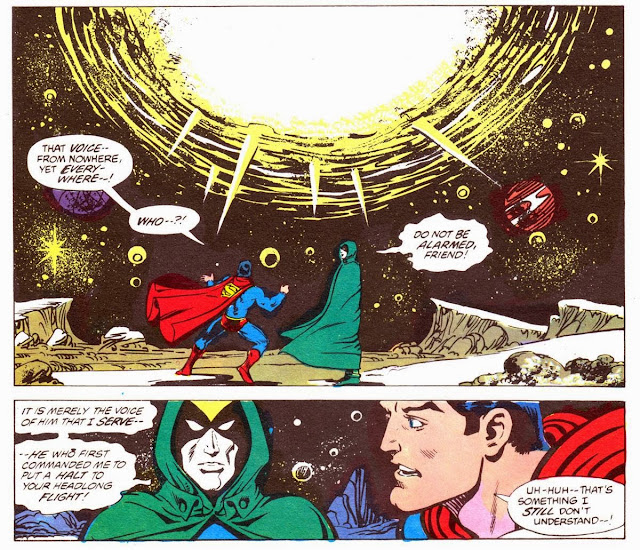 And a page later: 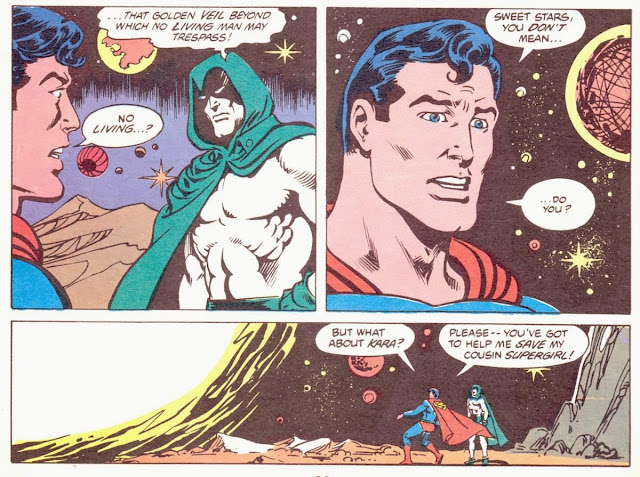 Ah, the giant white-space voice of God strikes again.  Given what was done with the Supergirl image, I'm guessing this wasn't a change made to address the religious sensitivities of the Church of England, but rather a production issue with the lettering appearing in blue rather than black for those two panels.  If anyone has been wondering what was going on there for a quarter century: 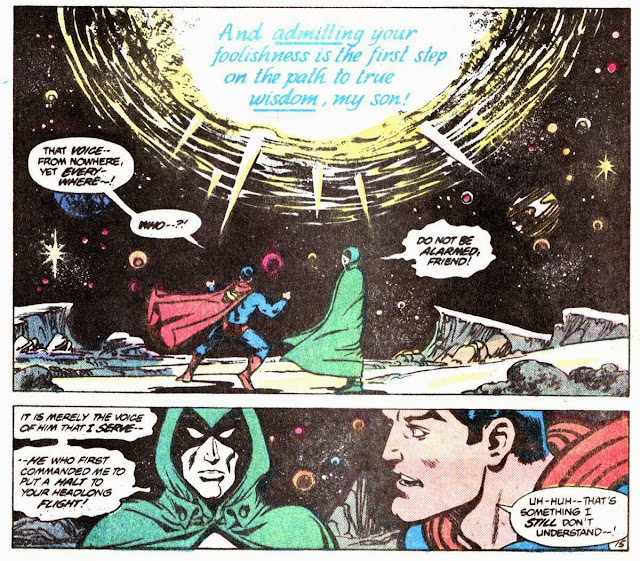 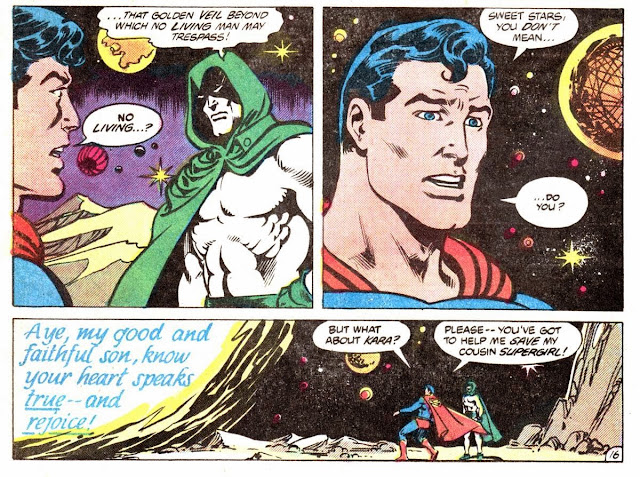 Actually, while I really liked these stories, I never really liked the direct intervention of God in the finale, so I think the Brits might have had the right idea, if for the wrong reasons.