And continuing straight from the last episode with the introduction of Derek. A very different type of comedy for the show. 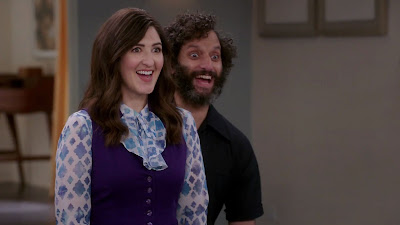 Tahani and Jason were pretty fun out on the picnic Michael set up to get them out of the way. "The Jag-u-ars are very good"

"Girl, you are a messy bench who loves drama and I am into it" (high five) 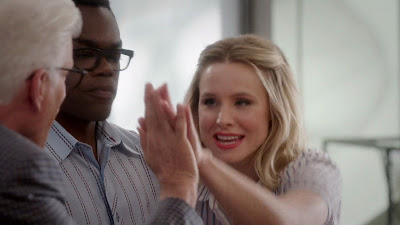 And after everything is settled, in comes Shawn...

Speaking of, podcast is Marc Evan Jackson in conversation with Jason Mantzoukas (he plays Derek) and Jeff Rosenberg (he plays second assistant director). Talk of improv and creating Derek's character (including translating lines into other languages and back to English). Lots of details on the ins and outs of Jeff's job in coordinating production.