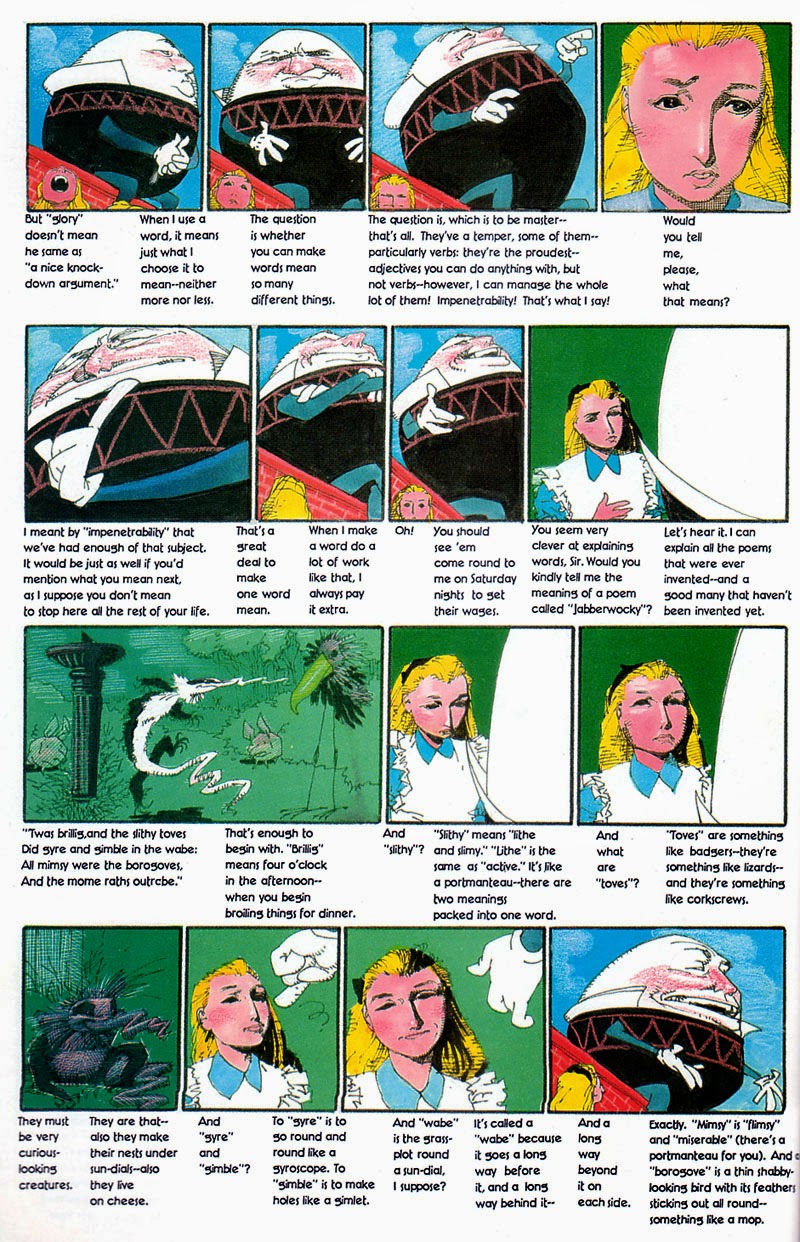 First Comics CLASSICS ILLUSTRATED revival lasted less than two years and only 27 issues, and probably hastened the demise of the company with the resources they spent on trying to break into the elusive "bookstore market", but there were quite a few gems along the way. Any line of books which gives you well produced books with art by the likes of Rick Geary, Gahan Wilson, Pat Boyette, Dan Spiegle, Michael Ploog, Gary Gianni and others has something going for it.

Kyle Baker was among the artists in the line-up, doing two books. The second was CYRANO DE BERGERAC (CI#21), and the first was the one under consideration here, Lewis Carroll's THROUGH THE LOOKING GLASS. Baker's adaptation was similar to the style he's used in a number of his original books, with the dialogue appearing below or beside the panels, which are mostly small and dense, which makes the occasional half or full page illustration (often accompanying the poems and songs) look all the bigger. The original book is short enough that he's able to preserve almost all of the dialogue, which is a big part of Carroll's appeal. 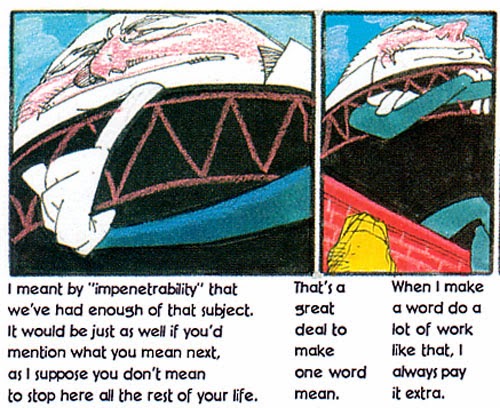 Meanwhile he uses the art to bring the scenes to life, highlighting some of the little bits of humour from the original that would get lost with only the dialogue and not Carroll's descriptions. Overall it works surprisingly well, not a substitution for the original of course, but a nice addition to it. The characters are all well designed (though I have to say I thought the choice to present Alice with those creepy blank eyes in most panels was sometimes distracting), and it captures the odd dream-like transitions that mark the original work. I thought the Red Queen's race section was really well done, as well as the whole Humpty Dumpty chapter.