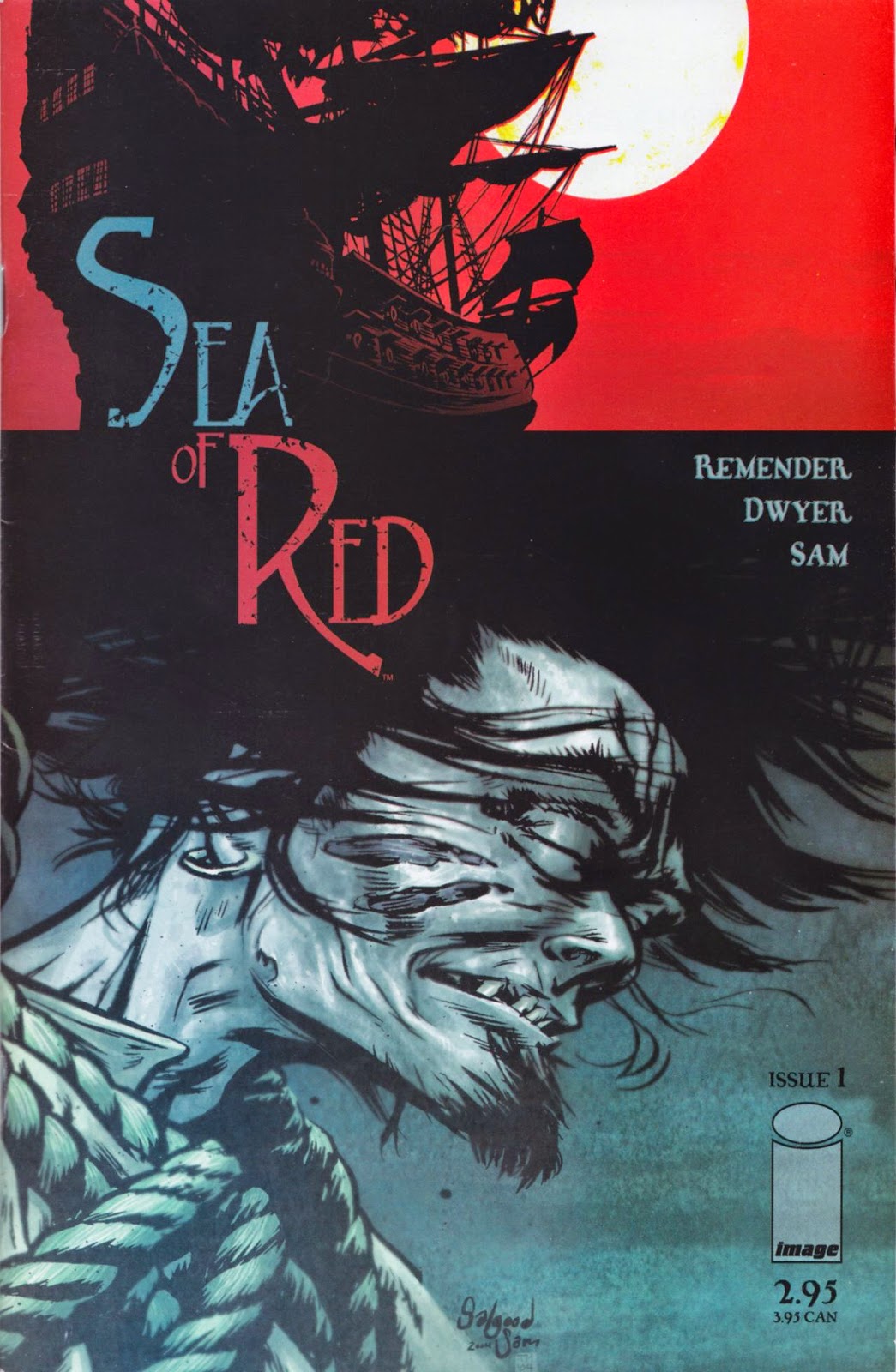 SEA OF RED is a new on-going horror series by Salgood Sam, Rick Remender and Kieron Dwyer, published by Image Comics. The basic concept of the first issue is pirate vampires, although the cover of the second issue (and a subsequent viewing of an on-line preview) shows that there's a twist on that coming up with #2. But for the first issue it's the story of Marco Esperanza, a 16th century spaniard who survives the sinking of his ship only to be taken aboard a pirate ship manned by vampires under the command of Captain Blackthroat. Bloodshed ensues and the stage is set for further bloodshed, vengence and other lovely things.

The plot is imaginative enough, and the scripting is passable, but the real reason to get this is the artwork. First off, the design on the cover really stands out. Even those few comics with decent cover art these days don't really do much with cover design, so something like this really stands out, with the two sharply contrasting images (which it looks like every issue will have) and the colour balance.

Inside, the artwork is an interesting black&white with a brownish-red inkwash (the online preview I found seems to have it as more straight red than it printed in the book, I think the printed version works better). For lack of a better way to describe it, it seems like a cross between Will Eisner (who knew a thing or two about pirates) and Gene Colan (who knew a thing or two about vampires). Two very good artists to evoke for this kind of series, this artwork also seems to share a sense of layout with those two artists, very loose and dynamic. One of the freshest feeling new books I've seen in a while.

It'll be interesting to see where this is going. Fortunately horror comics seem to be having a bit of resurgence lately, with IDW and Image among others seemingly finding some considerable success with various books, and with several more on the way, so this should do well enough to stick around for a bit.