This is one of two stories Heath drew for EC, the other one being a Plastic Man parody in MAD several years later. Unlike that one, where he seemed to stick pretty close to Kurtzman's layouts, this has much more of a feel of Heath's own style, then being seen in various war, western and fantasy books at Marvel, and of course later frequenting the pages of DC's war books with long runs as the artist of The Haunted Tank and Sgt. Rock. 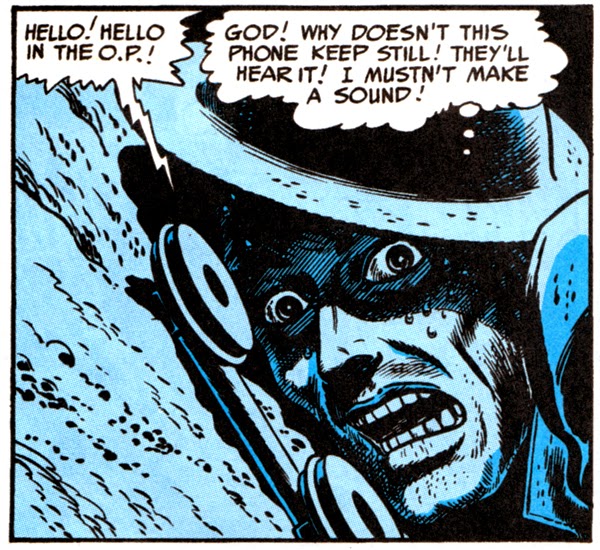 This is a story set in the First World War, featuring a man stationed at an Observation Post (O.P.) in the trenches, connected by phone line to his commanders. After the trench he's in is bombed and captured by Germans planning an ambush, he calls in an attack on his own position, helping them to fix their range and blow up the Germans along with him.

I'm not sure how realistic this view of trenches is, but the artwork by Heath is just gorgeous, a real shame he didn't become an EC regular back then, for whatever reason.