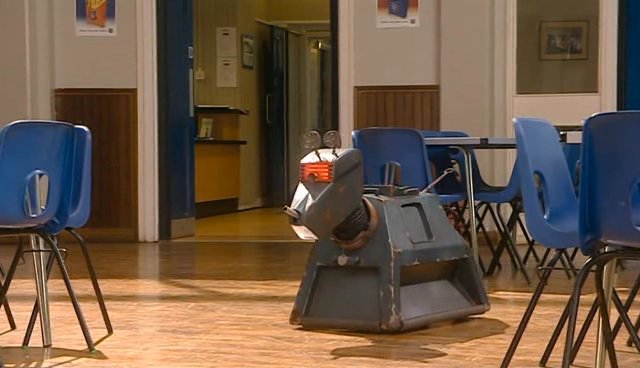 Was just catching up on some of the latest season of DOCTOR WHO.


Spoiler warning for those who plan to watch this stuff in the future (don't know when it'll broadcast in Canada, probably over the summer, and probably not in the US until next year).

The first episode of the season picks up where "The Christmas Invasion" left off, with the latest Doctor and Rose heading off for the future, where they encounter a few of the characters from the first season. It's a mediocre episode overall, but the new Doctor isn't bad. Really cornball resolution though.

The second episode is set in Victorian England, with Queen Victoria herself appearing, and with werewolves. There are like three facts in that description which convinced me not to watch it. 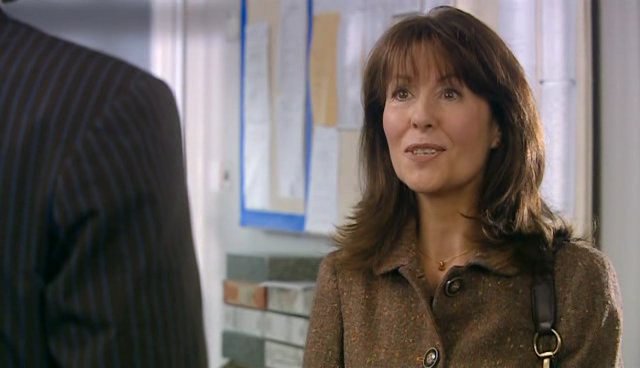 The third episode is the return of both Sarah Jane Smith and K-9, the robot dog, which probably makes it either the most anticipated or dreaded episode of the season, depending on how they do. The good news is that K-9 comes off pretty good (I never quite understood why Sarah had a K-9 unit, though). All downhill from there, unfortunately. Now, you have to realize that Sarah is the definitive Doctor Who companion to me, the one on the earliest episodes I saw and still my favourite. And the acress, Elisabeth Sladen, did a fine job with what she was given (and looks great). Unfortunately, the script was like the worst sort of fan fiction. Seriously, I can't believe just how awful the characterization in this episode was, especially the dialogue between Sarah and Rose. Couple of good moments between the Doctor and Sarah, but that comes down mostly to the fine work of the actors, not the script. Every little bit struck a note of just not getting it. And the actual sci-fi plot, aliens taking over the staff of a school for nefarious reasons, was generic to the point of insulting.

I pretty much give up on the series now, and just to put another nail in that coffin, looks like it's back to Victorian England or thereabouts next episode. No thanks.