A HISTORY OF VIOLENCE by Wagner / Locke 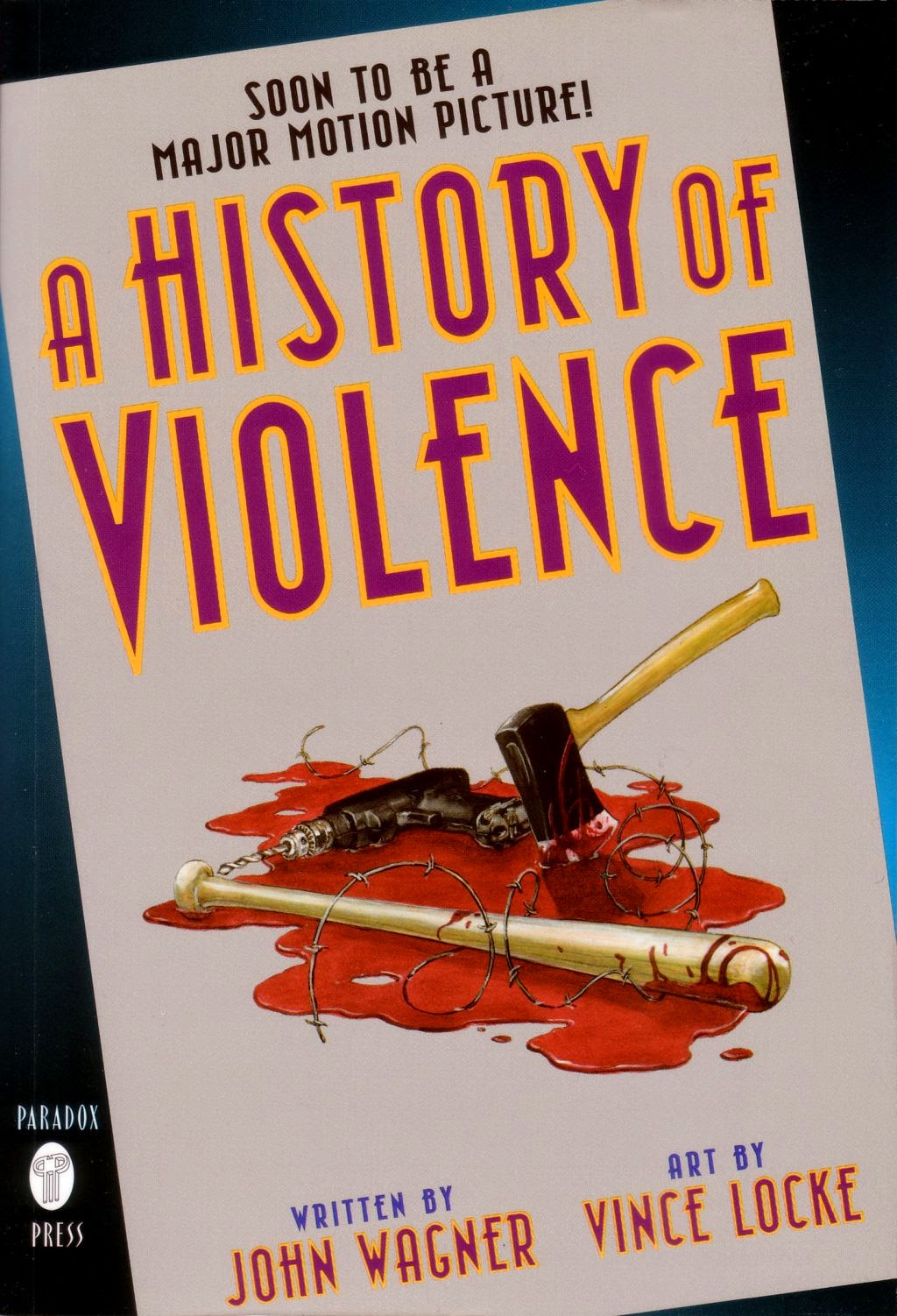 A HISTORY OF VIOLENCE is a 296-page mystery comic book by John Wagner and Vince Locke, first published by DC's Paradox Press imprint in 1997. I'd heard of it, but don't remember seeing a copy before, but I guess now that it has the validation of an upcoming movie adaptation it's popped up. Don't really recall being a big fan of Wagner's writing before, but most of the stuff I read was Judge Dredd, a character I'm at best lukewarm towards, and stuff co-written with others. I have liked Vince Locke on books like AMERICAN FREAK, though otherwise I'm more familiar with him as an inker (over Michael Zulli, Jill Thompson and Guy Davis). Leafing through it this looked like really strong work, very densely rendered, moody work, well worth the $10US cover price.

The book is the story of Tom McKenna, owner of a small-town diner who finds his life disrupted by a random attack at his diner. The attention of his vigilante action brings him unwanted media attention, which brings visitors from New York who think they know something about his mysterious past .

The story is pretty good, tightly paced and with a few surprises. Nothing spectacular, and frankly I found a few of the more extreme character actions and reactions a bit hard to swallow. I also kept expecting a major twist or pivot that would turn everything on its head, but that never materialized. I'm not sure exactly what kind of twist I wanted, if I did I'd write a mystery comic book.

The art is much more noteworthy, really pretty stuff from Locke. Very intricate linework with a lot of complicated rendering hidden under the deceptively scratchy surface appearance, with levels of hatching used to define forms in addition to the linework. There's also a really good sense of place in some of the more complicated set-ups and some great work on the facial expressions, both subtle in the quiet scenes and more extreme in the faster moving moments of violence. I can see from the art why this would be an attractive movie for a film-maker, and it'll be interesting to see how faithfully they adher to the story-boards provided in the comic (though I probably won't see the movie for a few years, until it comes on TV).

Mild recommendation on this one, mostly for people already fans of pulp influenced mystery fiction. It was probably a lot fresher when it came out, pre-SOPRANOS, but is still an interesting take on that world, and the artwork by Locke is well worth the price if you like his style.