My Collection - THE LEGION OF SUPER-HEROES [1980 Series] 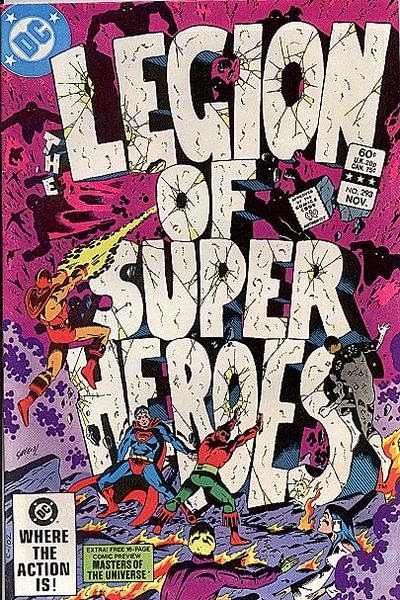 Lots of name changes with this title. It picked up the numbering from SUPERBOY AND THE LSH with #259. Eventually became TALES OF THE LSH with #314. I used to have a few from those first 10 issues, but they've been misplaced. I had become interested in the Legion based on some older comics shortly before this run, and I guess enjoyed the early issues of this when I was a 10-year-old, though I think mostly for all the great characters rather than the actual writing. I distinctly remember thinking "okay, that was kind of dumb" at some of the story resolutions. Though I didn't pay attention to credits at the time, I recall thinking it took a leap up in quality when Roy Thomas took over from Gerry Conway for a brief run, then another leap up when Paul Levitz started writing, and finally Keith Giffen came on the artwork and it was one of my favourite books for a while. In fact, I think it may actually have been with this book that I first started paying attention to credits in comics. 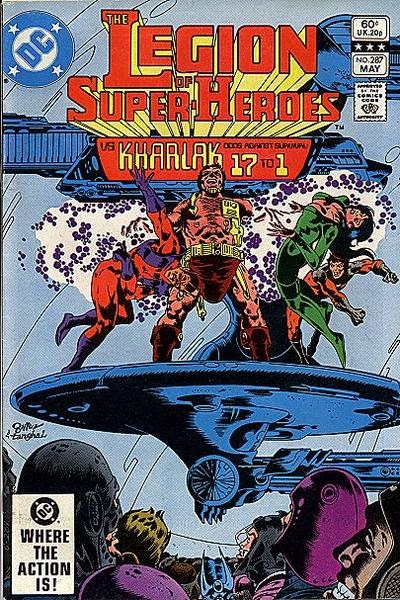 Not looking to get any of those 10 issues I'm missing. And I'm keeping these because I doubt we'll ever see an affordable reprint for anything but the "Great Darkness Saga". Might see a hardcover reprint someday, but that won't be for a while and their insistence on completeness despite quality for the DC Archives program means they've got a few deserts of quality to cross to get here.

Series highlights, well pretty obviously "The Great Darkness Saga" from #290 - #294. I'd seen Darkseid used in JLA a bit earlier, and liked the character, but this was much better and truer to the original. It would still be a while before I read Kirby's version and realized this was just a pale shadow, but hey, when you're that dark even a pale shadow is dark. I also really like the run from #301 - #306, with some strong single issue stories by Levitz and I think one of Giffen's best art periods.