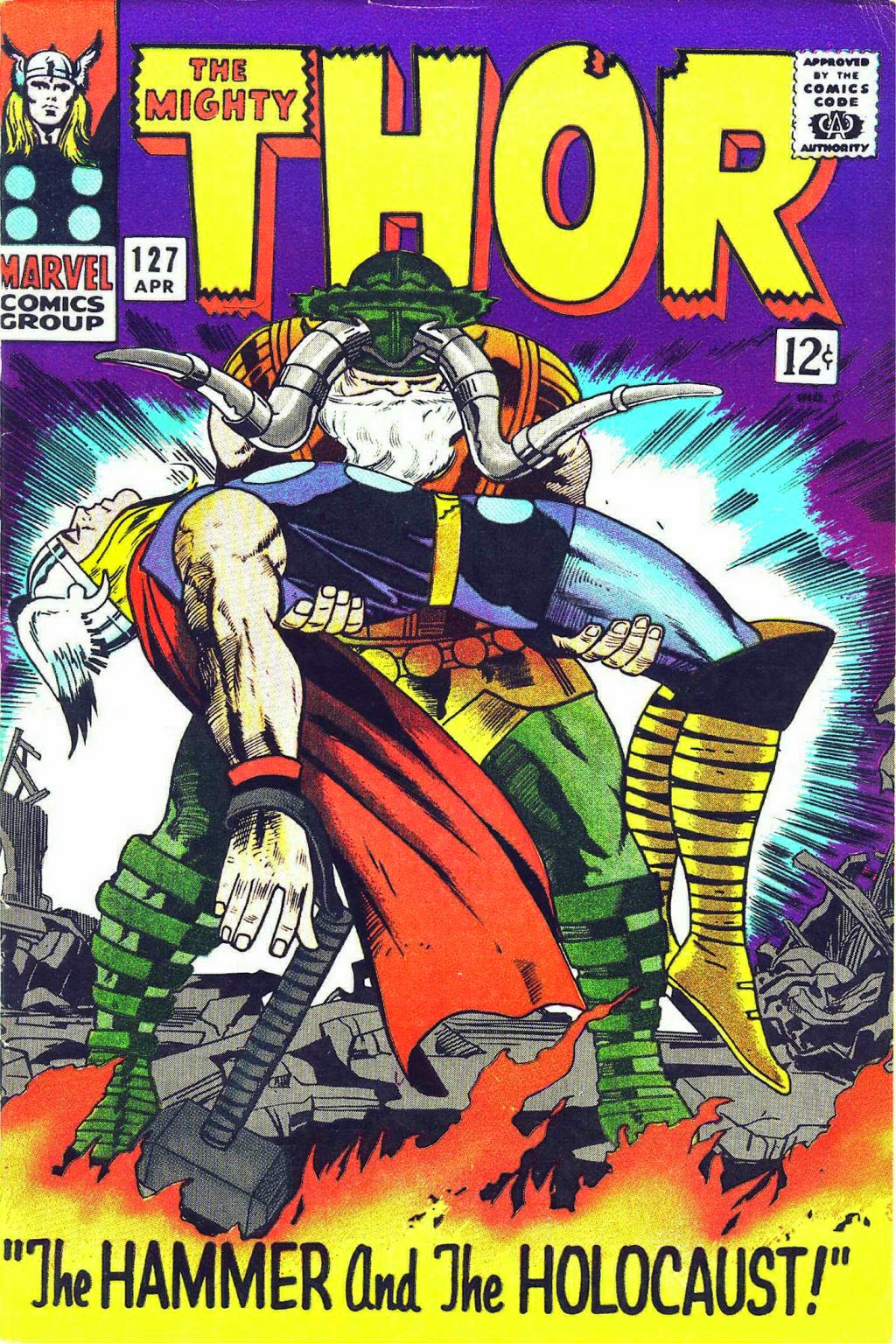 The series that took over the numbering of JOURNEY INTO MYSTERY with #126, lasting until #502 in 1996. Of course most of what I have will be covered in the Kirby weblog in detail. Of the other stuff, I picked up a few early issues of the Walter Simonson run back in the early 1980s, and picked up a few more of his as back issues later. Those are fun, and I wouldn't mind picking up a few more of them, or more likely the collections of them Marvel has been publishing. I've picked it up a few times since then, but obviously it never impressed that much. Of course the Kirby ones I picked up as back-issues, in fact, #127 is the first example of a non-reprint silver age Kirby comic book I bought. A bit beat-up and all, but I love that thing. 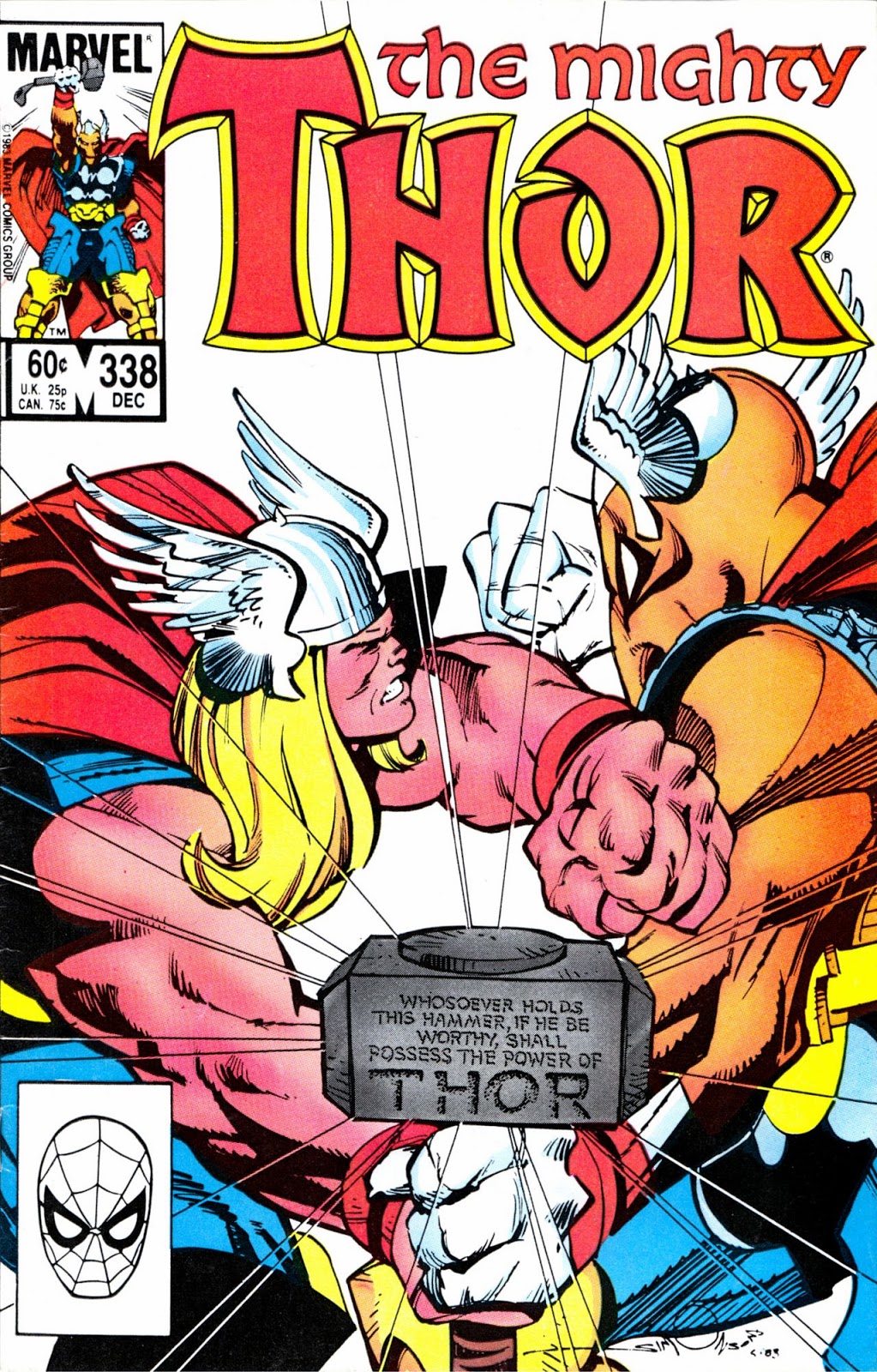 So might fill in some back-issues in here, both from the Kirby and Simonson runs, and get rid of most issues that don't have either name in the credits.

A few highlights from the non-Kirby issues:

#280 is kind of a goofy story with the Squadron Supreme, notable mostly because it's some of the rare later work from Wayne Boring.

#338 is up there on my list of "best non-Kirby stories featuring Kirby characters", just a textbook example of "getting it" but very much Simonson being his own man.