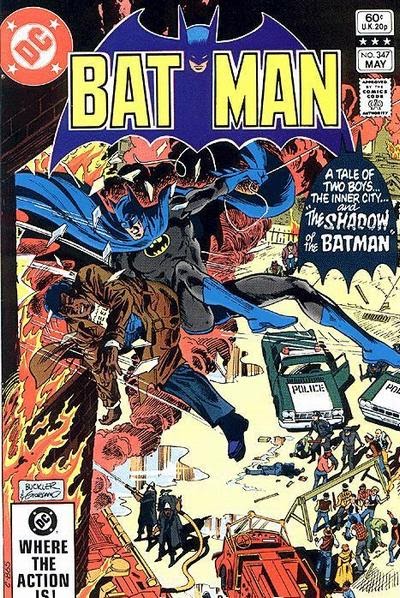 Pretty similar to my collection of DETECTIVE, not surprisingly. Fewer back issues since it didn't have as many giant-size issues with interesting back-ups and reprints. I remember buying it in the early 1980s, I liked Marv Wolfman's brief run a lot, and then didn't quite like Gerry Conway's (I have to write someday about why I have so many Gerry Conway comics when I like them so little). I think it was the Roger Slifer fill-in issue with #347 that convinced me I really didn't like the regular writing.

Picked up the book again in the late 1980s and read it for a few years. Kept about half that stuff. It had its ups and downs, Marv Wolfman wrote some decent stuff, Jim Aparo did some good art (although unfortunately he wasn't inking himself most of the time anymore, which really gives his art that extra bit). Later on the DETECTIVE team of Norm Breyfogle and Alan Grant moved over to this book, and I liked that some. Haven't really picked it up since they started doing big line-wide crossovers every few months, and I'm not even sure why I have that issue from 2000. 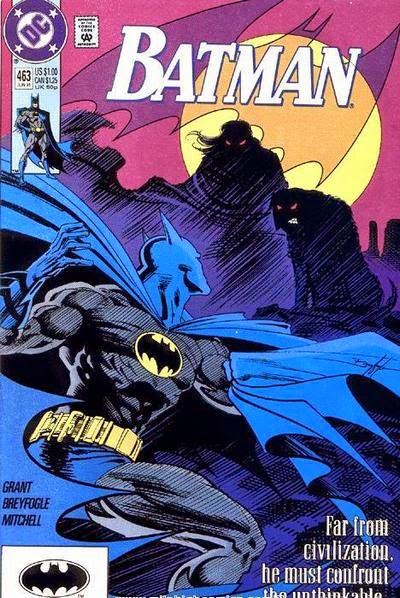 Don't think there are any back-issues I want to look for. I could probably stand to thin out the collection, keeping about half or less of what I have.

#347 is the aforementioned Roger Slifer / Trevor von Eeden fill-in that outshone the surrounding stories. In retrospect it's not that special an issue, a decent "common criminal look at the Batman" type, but effective.

#400 is one of those multi-artist, every-villain-ever type extravaganzas that used to take one extra sized issue and now take six months of three books. Okay writing, and some of the artists involved are Joe Kubert, George Perez, Brian Bolland, plus a pin-up by Steve Rude, so that's all okay.